Thousands queue up in Saigon for passports as summer holiday peaks

The number of people in Ho Chi Minh City applying for passports doubles as people prepare to travel during the summer holidays. 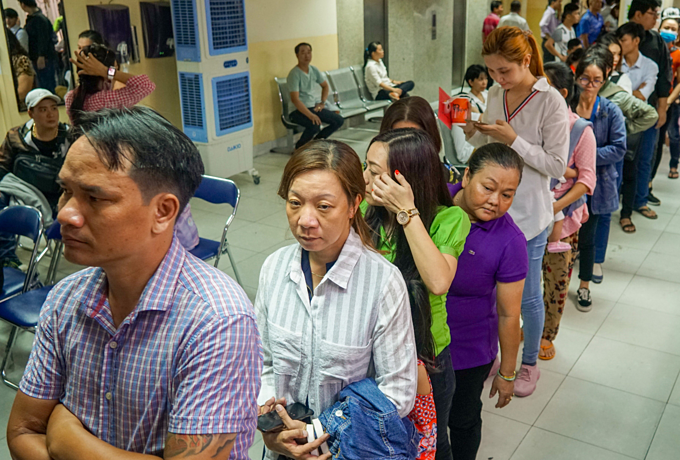 On Friday thousands packed the HCMC immigration office on Nguyen Thi Minh Khai Street in District 3 to get a token and await their turn.

Usually the number of applicants peaks before the Lunar New Year holiday Tet and the summer holidays, Pham Ngoc Tien, head of the immigration office, said.

Normally, only 1,000 applications are submitted daily but the figure doubles during these periods, he said. 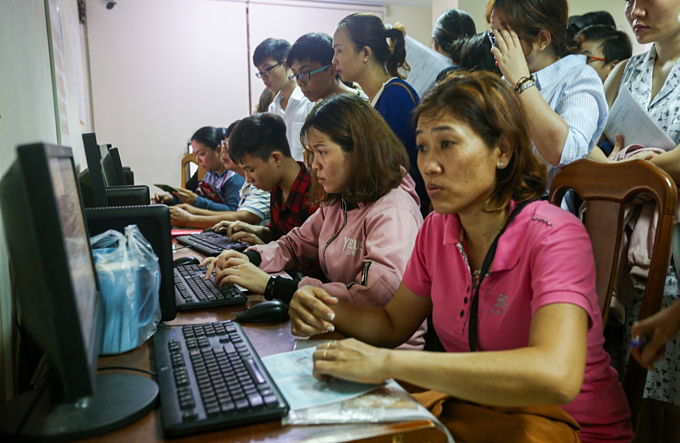 People queue up and fill an application form online. Due to the limited number of computers, they have to finish quickly to give others a turn.

"I came to apply for a passport to travel abroad," a woman named Mai Anh said. "After waiting for nearly half an hour, I just finished filling the application form." 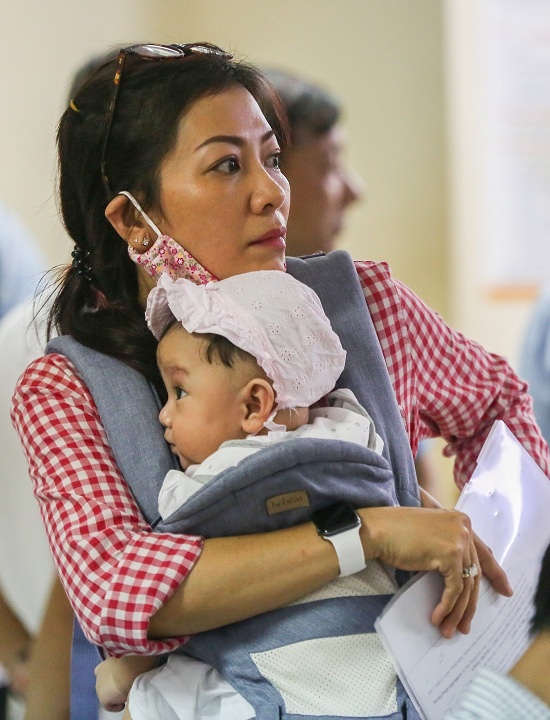 Tran Thi Kim Oanh holds her baby in her arms as she waits to fill in her application.

"I showed up here at 8 a.m. but after an hour have not completed the procedures yet," she said. 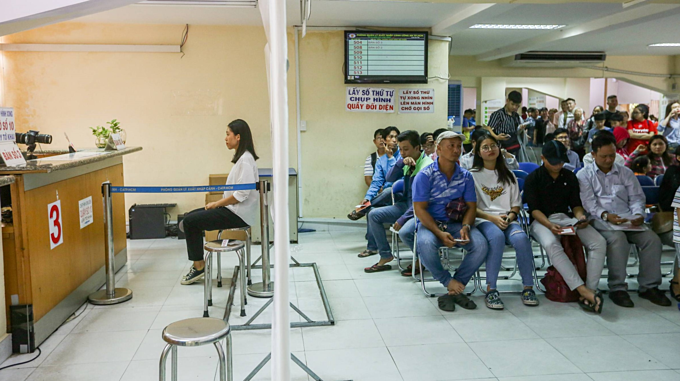 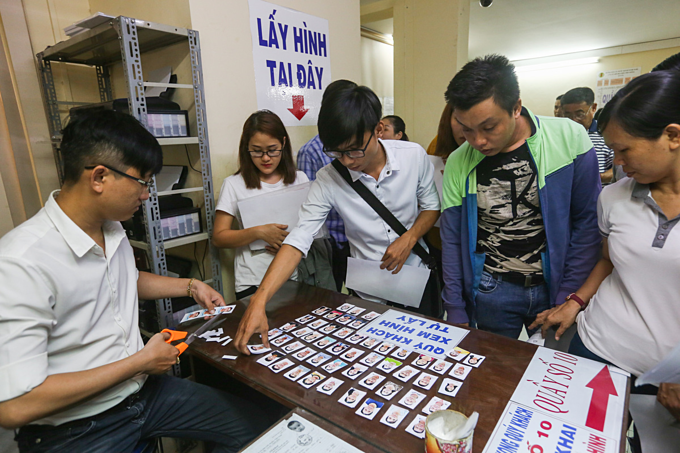 An employee cuts photos and arranges them on a table. On average a person takes two hours to complete the passport application procedures. 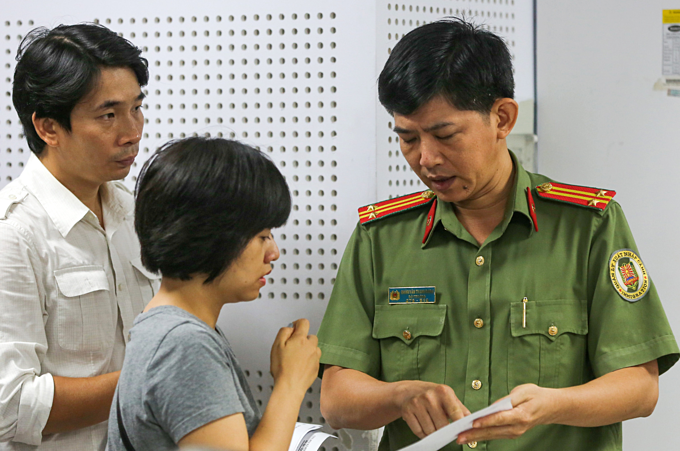 An official instructs people how to apply for a passport. 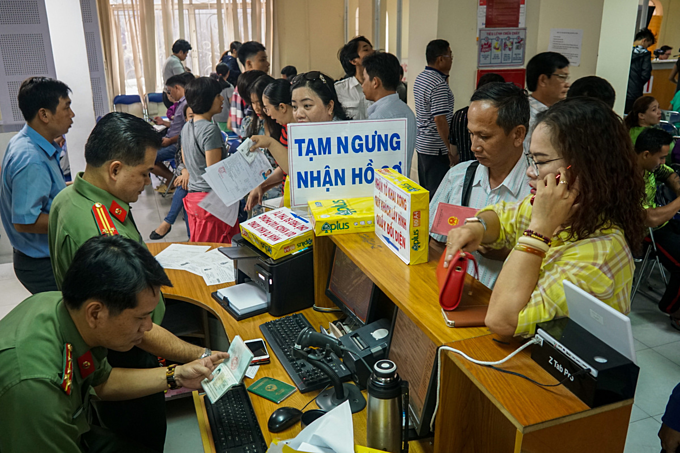 By noon the immigration department has to stop receiving applications as the number tops 1,000.

To reduce the crowd at the office, people can fill the application form at home and apply online, Tien said.

Ten million Vietnamese went abroad last year, increasing nearly 50 percent from a year ago, according to the Vietnam Society of Travel Agents.

Mastercard said Vietnam has the second fastest growing outbound market in the Asia Pacific region after Myanmar, with annual growth projected at 9.5 percent in 2016-21.