The PCI index as a driver for reform

The PCI Report will be released on April 27, 2022 by the Vietnam Chamber of Commerce and Industry (VCCI). Mr. Edmund Malesky, Team Leader of the PCI Index, will grant an exclusive interview to the reporter of Business Forum Magazine on this occasion.

- After 17 years of PCI rankings, what is the most important contribution that PCI has made to Vietnam's reform effort, sir?

The PCI's biggest impact was not on any individual reform, although there are several ideas that emerged from the annual reports that found their way into policy.  Rather, the largest influence was on the changes in mindset it created.  I would highlight three.

First, the PCI brought the voices of thousands of Vietnamese SMEs into the policy-making process, allowing their burdens to be heard and understood and their ideas to be included in potential solutions.

Second, the PCI elevated the role of governance in economic decision-making, helping local officials to understand that there were tangible levers that they could pull to improve the business environment in the short and medium term. They did not need to rely on long-term infrastructure plans or lure large foreign investors, which was impossible for many small, rural locations. Rather, by easing regulation, enhancing the security of business premises, increasing transparency, and reducing informal charges, they could immediately assist their own private entrepreneurs right away.

Third, the PCI provided an objective and rigorous metric by which reforms could be benchmarked, allowing both central and local officials to gauge the effectiveness of their reform strategies, and investors to accurately select the most propitious locations for their investments.

More and more recently, I have also been excited by the impact the PCI is having on economic research in Vietnam. Each year in Vietnam, dozens of university and think-tank researchers take advantage of the PCI data to publish exciting new work on issues ranging from local finance to environmental sustainability. We have a very small research team, so it has been thrilling to see the multiplier effect of releasing PCI data into the wild to see what smart, informed local researchers can do with it. I have learned so much from their efforts.

- What are the constraints of Vietnam's investment and business environment, in your opinion?

We should be careful about drawing too drastic conclusions from the unusual dilemma posed by the COVID-19 pandemic in 2021. Central and local officials faced the dual challenges of trying to protect public health while also maintaining economic activity. Private SMEs in the service sector were particularly affected by the decline in market activity from both the pandemic and the ensuing economic lockdown. To some extent, the increase in the regulatory burden we observed this year reflects these unique challenges.

One thing that struck me this year was how some older problems that I thought had been addressed re-appeared as issues for private businesses. While the standard entry costs of business registration fees and waiting periods have declined, compliance with conditional business sublicenses that have been newly created in many provinces has emerged as a means to slow down business entry into the market.

Similarly, while Vietnam has made great progress in reforming its land laws to encourage a vibrant real estate market, the share of firms operating on premises with secure Land Use Rights Certificates (LURCs) fell to its lowest level since 2006. This is a severe concern for long-term investment prospects, LURCs secure a business's property and provide confidence that their investments on that land will be safe for the foreseeable future. Beyond the title, many firms report serious difficulties in the availability of land and the administrative procedures necessary to access it.

In different ways, these two issues are emblematic of a new set of difficulties that I see in Vietnam’s economic trajectory – problems caused by successful economic growth over such a long period of time. In the early years, economic reform was easier, because it was just a matter of the state getting out of the way of successful entrepreneurs by reducing regulations and distortions caused by the formerly centrally planned economy. Today’s problems are more complicated, as they result from the growing business activity itself. Take the struggles posed by conditional business sublicenses, for example.

Economic growth has now created a wide range of challenges that require careful and nuanced regulations to thread the needle between adequate protection of the environment and health of citizens, while keeping those regulations from being so cumbersome that they throttle new business activity. Similarly, access to land is a result of the expansion of businesses and the need for greater and greater space for their activities.  More competition for scarce space is making it difficult to access new land and creating hold-ups in land offices all over the country. The Vietnam Chamber of Commerce and Industry (VCCI) officially releases the 2021 Vietnam Provincial Competitiveness Index (PCI) Report on April 27th, with the support from the United States Agency for International Development (USAID).

- How may PCI help us solve those constraints, sir?

The PCI research team is trying very hard to get in front of the new challenges.  Our recalibration of the index this year was directly aimed at better measuring these new problems. We added a range of new indicators to better capture the growth of new procedures in provinces, the implementation of the SME law, and land access, procedures, and security.  As in the past, we hope to offer precise data on the scale of the problem. In addition, the PCI will also tell us where local entrepreneurs believe their provincial leaders are best addressing these "next generation" challenges. Identifying those innovative leaders will point the way toward best practices that can be shared with other provinces struggling with the same problems.

An exciting new innovation under way is the new Green Index. The initial new methodology can be found in this year’s PCI report. The Green Index intends to directly measure the ability of provincial leaders to navigate the tricky path of ensuring environmental stability and reducing the negative impact of climate change while maintaining business and economic growth. The Green Index will complement the PCI through four dimensions that seek to measure the minimization of environmental harm through: 1) provisions of public infrastructure and services; and 2) consistent compliance by private companies with minimum environmental standards; and the maximation of environmental benefits with: 3) core provincial activities in procurement, public investments, and SOE management; and 4) incentives and support services for private companies.

The bottom line is that the PCI research team intends to adapt to remain useful to Vietnamese leaders in the changing policy landscape.

- Why has Quang Ninh ranked first in the PCI index over the past four years, in your opinion? What can other provinces learn from Quang Ninh in terms of enhancing their business climate, sir?

Even before Quang Ninh rose to the top spot in the PCI, the research team had been tracking its rapid acceleration up the rankings. In my opinion, there are four drivers of Quang Ninh’s success: vision, teamwork, and engagement. As we document in the report, Quang Ninh is often the leader or an early adopter of local governance innovations, such as consolidating multiple business administrative procedures into a single location to reduce travel and waiting periods, regularizing meetings with the business community to identify problems and plot solutions, expediting the competition of online administrative procedures, and the creation of a District and Department Competitiveness Index (DDCI) to apply the same standards of the PCI to local levels of government. The DDCI is also representative of a broader effort by provincial leaders to keep officials at all levels on the same page with regard to provincial goals and procedures for businesses, reducing the frictions between local agencies that can slow down business activity in other parts of the country.

At the same time, Quang Ninh leaders have been active listeners, providing multiple opportunities for businesses to engage with them on ongoing dilemmas. This year, for example, Quang Ninh conducted a thorough review of administrative procedures encountered by businesses with the goal of reducing processing times by fifty percent. This led to their "five-on-the-spot" program to expedite appraisal, approval, stamping, and returning of documents.

- What changes do local government leaders need to make so that the PCI Index is more than just a ranking, but also provides a conducive atmosphere for business?

This is a critically important question. Sometimes, I feel the excitement of the PCI horserace can distract from the more important policy lessons deeper in the report. Of course, competition challenges us to improve, and it is fun to know who the "winner" is. However, when we first envisioned the PCI seventeen years ago, the main goal of the rankings was to guide our search for best practices that could be shared with others. We only wanted to identify high-performing provinces, so we would know where to look.

I would love to keep that original flame burning by continuing to emphasize the hot new embers of ideas emerging from the Vietnamese provinces. It starts with how we, the PCI team, communicate our research, but also how you, newspaper and television journalists, cover it. Your question above about the drivers behind Quang Ninh’s success was exactly the tone that I was trying to convey in my own communications: ideas over indices, reasons over rankings. 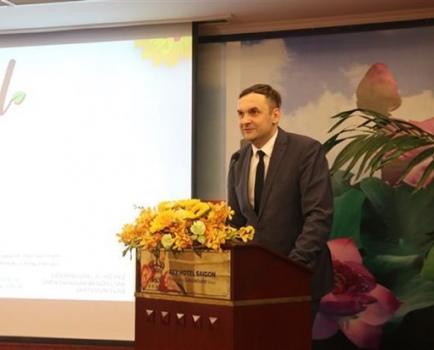 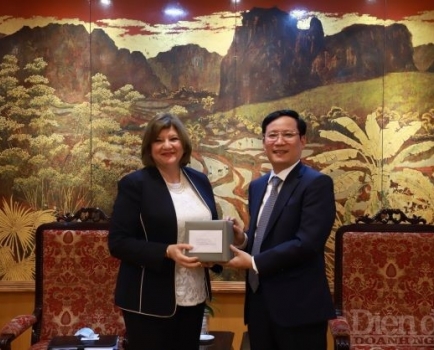 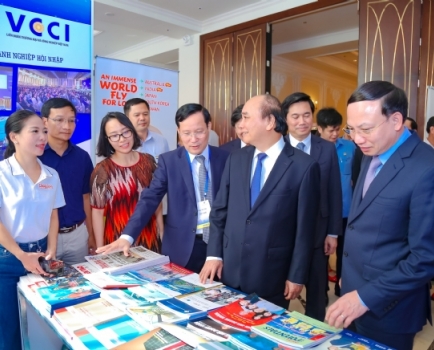 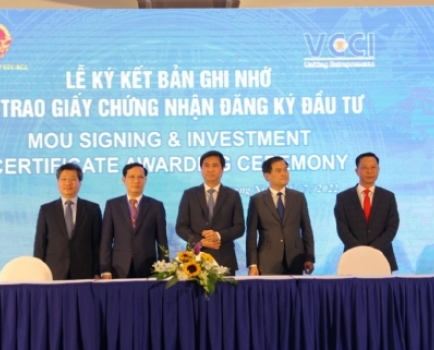 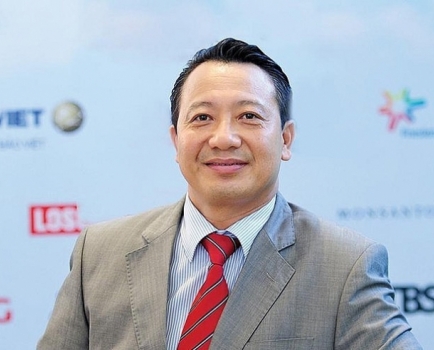 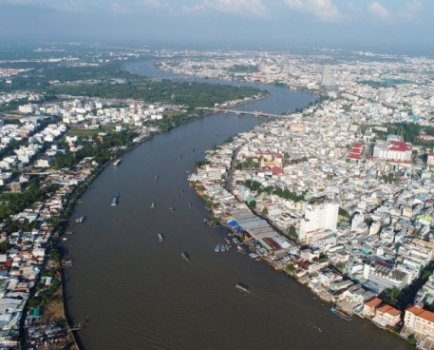