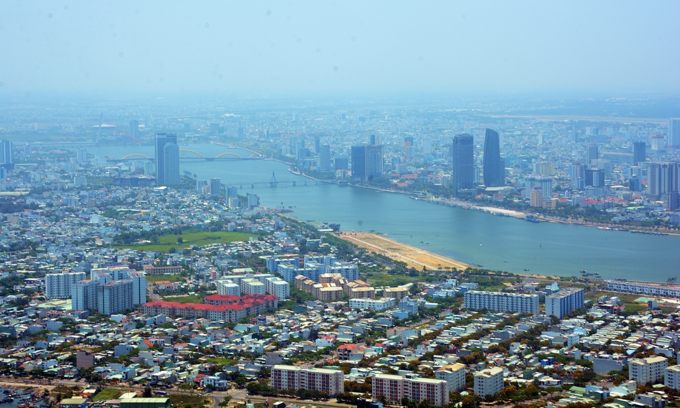 Da Nang’s growth is restrained by difficulties in undoing the land use violations exposed years ago, officials say.

This in turn has made calling for investment a difficult task, they said.

Da Nang legislators said at a meeting on Wednesday that the city's economic development has been affected by the Government Inspectorate’s conclusions on land violations back in 2012.

The inspectorate had concluded that the transfer of land use and land lease rights in a series of projects violated the law and caused considerable losses to the state budget while allowing several investors to illegally transfer those rights and earn profits.

Da Nang then had to tighten its land management, not only for projects that were inspected but almost every other project.

Le Xuan Hoa, deputy head of the legal department of Da Nang's legislative People's Council, said the city is less than half way in fixing damage caused by the violations. "44 percent of violated money has been recovered and 25 percent of wrongfully issued land licenses have been adjusted."

Hoa said the process has run into many obstacles, especially on procedures for transferring the land use and lease rights to new investors.

Such obstacles have affected the business plans of investors, preventing them from pouring further capital into their projects in the city, and slowed down the progress of ongoing projects, he said.

Tran Phuoc Son, director of the Department of Planning and Investment, said that in many cases, violators had transferred land use rights to another party and this made it very difficult for the authorities to reclaim the properties.

At a meeting with the government on July 4, Da Nang Chairman Huynh Duc Tho reported obstacles at hundreds of violated projects and suggested that higher authorities help the city tackle them.

In April, the city said it will spend VND2 trillion ($86 million) on becoming a smart city by 2030, particularly in six major areas: administration, economics, traffic, environment, life-quality and citizens.

The city is also looking to make changes to its urban planning with the help of two Singaporean firms, Sakae Corporate Advisory and Surbana Jurong.