What Is Leading to Land Fever?

The land fever spreading throughout Vietnam has caused housing prices to rise significantly in recent months, many areas have seen a sharp increase of over 30%, even 50% compared to the previous quarter. Many experts believe that it is abnormal for many areas to heat up in a short time. 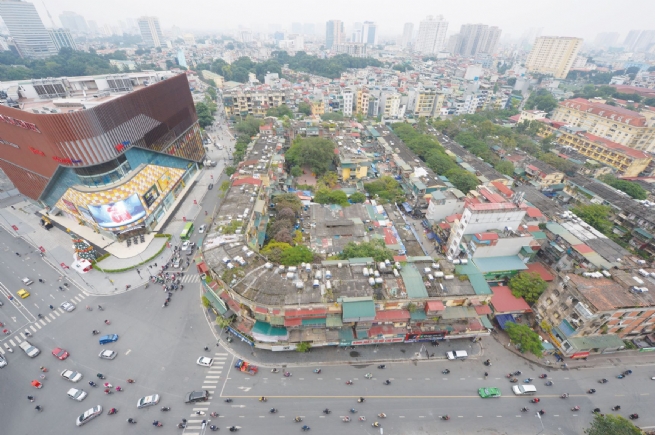 Most notably, the market report for the first quarter of 2021 just released by Batdongsan.com.vn shows that land fever is currently the phenomenon of most concern to real estate investors. In fact, many localities record the strongest land fever in a decade.

In the Central area, Da Nang, Quang Nam and Hue City also have a warming real estate market, especially the land segment in Da Nang City with some places experiencing a land price hike by about 10-15% compared to the bottom period in mid-2020.

Especially in the North, there is a strong land fever in almost all provinces and cities, especially in the suburbs of Hanoi capital, some provinces such as Bac Giang, Bac Ninh, Quang Ninh and recently Thanh Hoa.

Explaining the cause of the wide-spread land fever, many experts say that this is basically attributed to three main reasons, which are related to the issue of planning information and infrastructure development in many places, causing many expectations among investors such as planning along the Red River, planning of Da Nang, planning for Thu Duc to become a city, some provincial districts to become city’s districts. Second, it is a positive macro factor, foreign investment inflows pouring heavily into industrial development, leading to increased infrastructure, causing land prices in many low-lying areas of localities to soar; and finally, it is the story of land fever also contributed by dealers, speculators, the land brokers’ price inflation.

Batdongsan.com.vn data shows that in the first three months of 2021, investors’ interest in housing increased to the highest level ever, despite the effects of the third wave of Covid-19. This reflects a strong market demand stretching from North to South.

In addition to traditional markets, in many new markets where information on infrastructure planning has been announced, price increases commonly from 10-30%, even 2-3 times in some places.

According to Mr. Nguyen Quoc Anh, Deputy General Director of Batdongsan.com.vn, in the past three months, the Northern market, especially Hanoi’s neighboring area, has experienced a much more vibrant real estate market. The wave of investment shifting from the South to the North appearing since mid-2020 is increasing investors’ expectations on the ability to increase prices of real estate products.

As for the Central region, the interest level of neighboring provinces of Da Nang also increased against the previous quarter. While the investor interest in Da Nang had an increase of 32% over the same period last year, that of Hoi An and Tam Ky (Quang Nam) all increased by 39%. Land price for sale also increased by 7% for Da Nang and 30% for Tam Ky.

Batdongsan.com.vn representative said that the real estate market in the first quarter was vibrant thanks to the resonance of many factors, including cheap finance due to very low interest rates (about 3.5 - 5%); a large number of inexperienced individual investors, or F0 investors participating in the market; massively published planning information; and many localities adjusting the land price bracket (land prices in some localities increased from 15-30%, in some places, they increased from 50 - 100%).