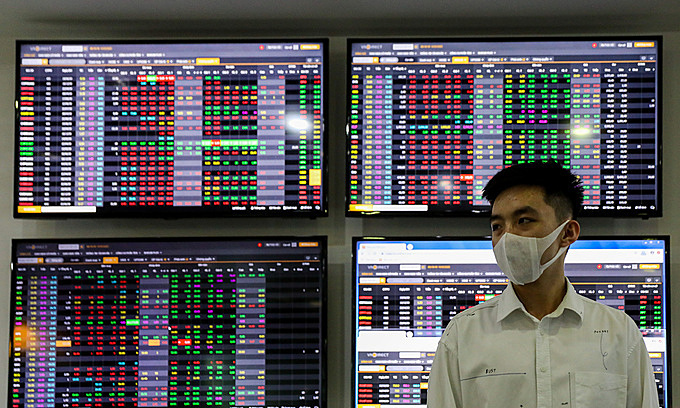 An investor at a stock exchange in District 1, Ho Chi Minh City.
Photo by VnExpress/Nhu Quynh.

The Ho Chi Minh Stock Exchange (HoSE), on which the VN-Index is based, saw a far more balanced session compared to Monday when it has plunged 6.08 percent, the bourse’s second highest single-day loss since 2001.

158 stocks gained while 196 lost Tuesday, with 38 closing at their floor prices, the lowest they could go in a trading session. Total trading volume fell nearly 20 percent over the previous session, reaching VND4.15 trillion ($178.55 million), of which order-matched transactions accounted for 73 percent.

The VN30-Index for HoSE’s 30 biggest capped stocks also slipped 1.17 percent this session with 18 tickers losing, five of which hit the floor and 10 gained. 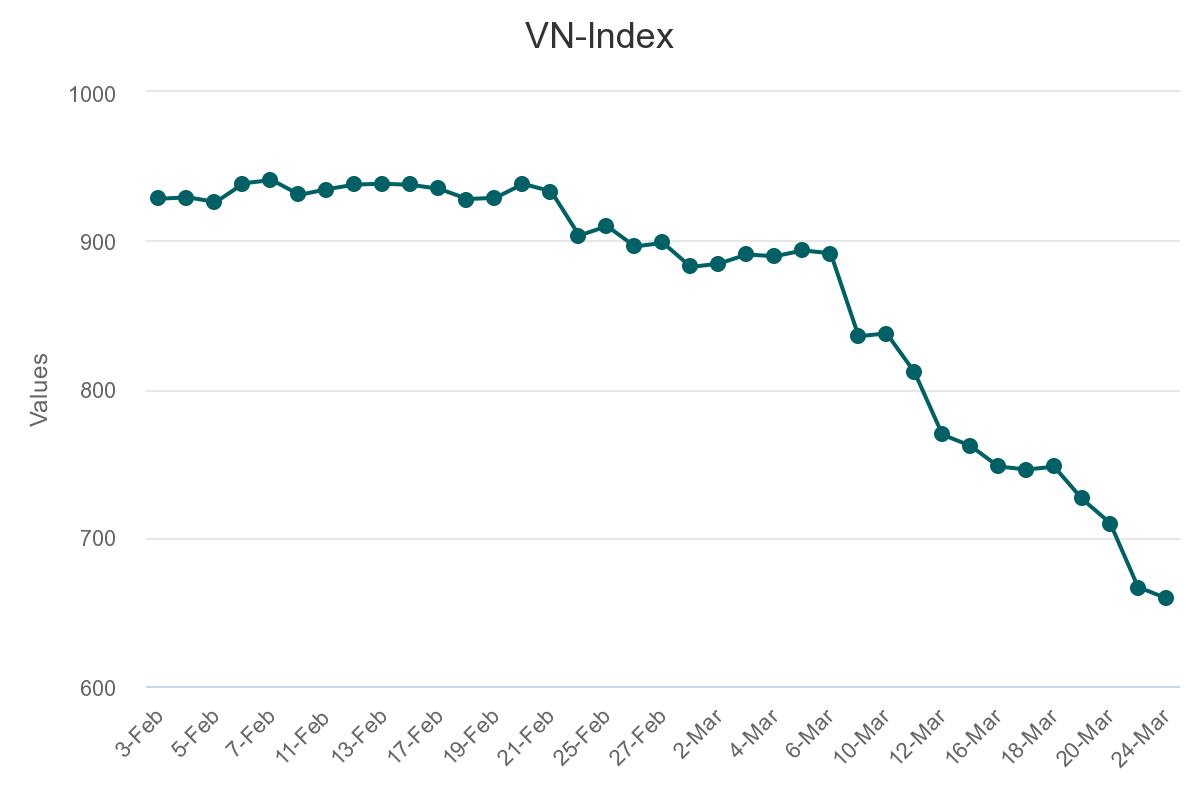 ROS is currently one of the most volatile stocks on the VN30, hitting either floor or ceiling prices for over half of trading sessions in the past month, while TTC-Sugar is a relatively new name, having been added to the VN30 basket by HoSE in late January.

VIC of Vietnam’s largest private conglomerate Vingroup and its subsidiaries, VHM of real estate developer Vinhomes, and VRE of retail arm Vincom Retail, all plunged 6.9 percent to their floor prices.

These three tickers, some of the VN30’s biggest caps, shaved a combined 8.72 points loss off the VN-Index, which fell 7.38 points, according to data from securities firm VNDIRECT. 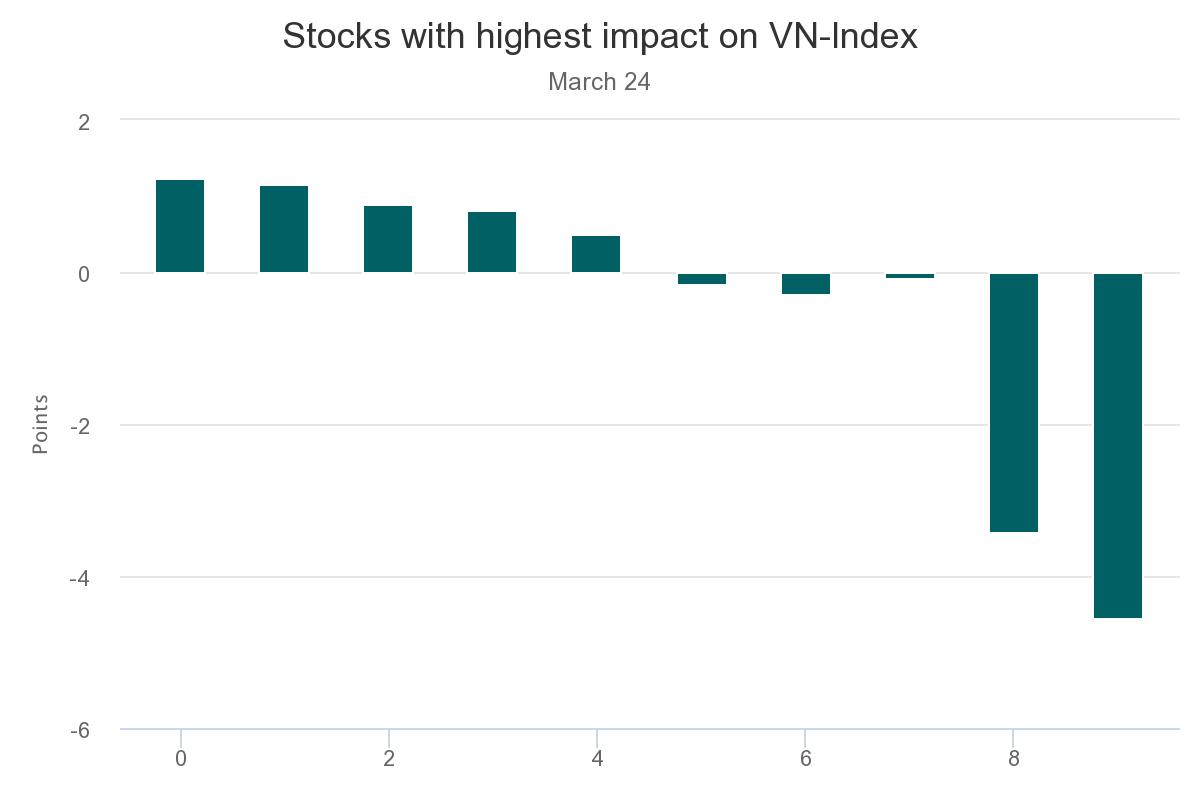 Among others in the red were four stocks of private mid-sized banks. STB of Sacombank shed 3.5 percent, followed by HDB of HDBank, down 2.3 percent, VPB of VPBank, 0.5 percent, and TCB of Techcombank, 0.3 percent.

In the opposite direction, BVH of insurance giant Bao Viet Group topped gains with 7 percent, its ceiling price, followed by GAS of state-owned energy giant PetroVietnam Gas with 4.3 percent and VNM of leading dairy firm Vinamilk with 2.9 percent.

Other major gainers included CTD of construction giant Coteccons, up 2.4 percent, and VJC of budget carrier Vietjet Air, up 0.7 percent.

GAS, VNM, BID and VCB were the biggest contributors to the VN-Index this session, accounting for a combined increase of 4.14 points.

Meanwhile, indices for Vietnam’s two smaller bourses, the HNX-Index for stocks listed on the Hanoi Stock Exchange (HNX), home to mid- and small-caps, and the UPCoM-Index, for those on the Unlisted Public Companies Market, gained 0.1 percent and 1.98 percent respectively.