VOV.VN - In only two years, Vietnam has climbed to the third position among the six ASEAN countries enjoying the most active startup ecosystems, trailing behind only Indonesia and Singapore, according to regional venture capital firm Cento Ventures. 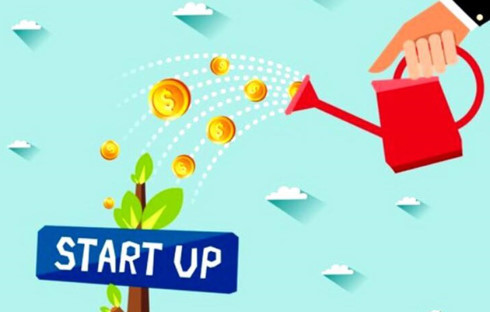 The Southeast Asia-focused firm stated in a recent report that the amount of invested capital and the number of technology deals done have grown six-fold between the first half of 2017 and the corresponding period of 2019.

Local startups raised a total of US$246 million during the first half of 2019. Of which, the three largest investments, including Tiki, VNPay, and VNG, captured 63 per cent of the funding. In terms of sectors, key blocks of the digital economy such as retail and payment accounted for almost 60 per cent of the reviewed investment capital.

“We have been observing a continuous growth in deals of all sizes. It is worth noting that 2018 and 2019 have also produced a new wave of local startups that raised US$50 million to US$100 million rounds for the first time. If this trend continues to progress, we expect to see more Vietnamese companies approaching US$0.5 billion and eventually US$1 billion valuation mark in the years to come,” Cento Ventures said.

Between 2017 and 2018, the majority of deals came from Singapore and Japan-based investors. This year, Korean VCs took the throne as one of the most active investors during the year’s first half, having participated in almost 30 per cent of the deals. Notably, many of the Korean financiers invested in Vietnamese startups for the first time. Local investors were equally active, with participation in some 36 per cent of the deals. The number of deals grew from 13 during the first half of 2018 to 21 deals in the same period of 2019.

Vietnam has experienced a surge in both the amount of capital invested and the number of deals done since the beginning of 2018, with the 2018 fiscal year totaling US$444 million, whilst the 2019 fiscal year is expected to reach US$800 million.

Cento Ventures believes that the amount raised during the second half of the year will be significantly higher than that of the first as several later stage companies that raised funds in 2018 and early 2019 are in the process of closing another sizable investment round or expanding their current round.

The country shares a number of similar trends with other Southeast Asian markets. Online retail attracts a large portion of funding, while sectors such as financial services, real estate, and logistics are also gradually growing. Multi-vertical companies are being formed as mature digital companies seek to expand outside their core business and are likely to attract an increasing share of funding in the coming years.

Simultaneously, differences exist. Education is among the country’s better-funded sectors. Payment firms continue to attract the majority of fintech investment as the country continues to develop the necessary digital payment infrastructure.

Only two years ago, Vietnam ranked fifth in terms of capital allocation and the number of deals done. Last year, it ranked the third most active startup hub across Southeast Asia, with this trend becoming more apparent in the first quarter of 2019.