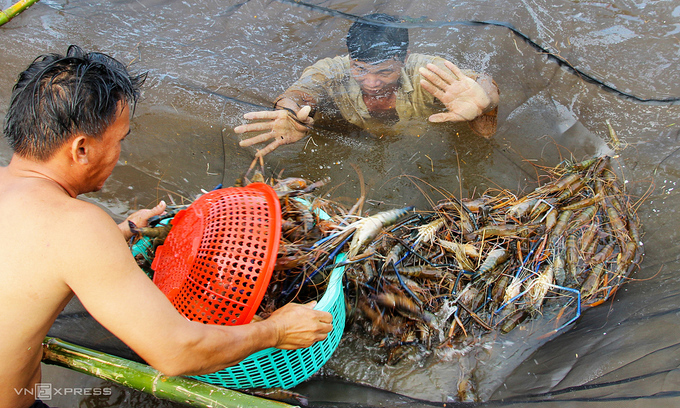 Vietnam targets a 5 percent increase in shrimp exports this year to $4 billion.

It also targets output of 930,000 tons and having 740,000 hectares of shrimp farms, said Tran Dinh Luan, director of the Directorate of Fisheries, said at the VietShrimp Aquaculture International Fair in Can Tho City on Wednesday.

He expected Vietnam to become the world’s biggest producer of farmed shrimp by 2045 with an output of four million tons and a 25 percent global market share.

Now there are 200,000 hectares of high-tech shrimp farms, 95 percent of them in the Mekong provinces of Bac Lieu and Soc Trang, mostly belonging to foreign companies.

Shrimp exports face difficulties since costs have risen by 20 percent due to a 200-500 percent jump in transport costs, Luan said, pointing out that shipping a container of shrimp to Europe has increased from $1,500 to $6,500, and even $7,500.