Huge crowds have been flocking to tourist hotspots in Vietnam during the four-day holiday starting Friday despite the resurgence of Covid-19, and face masks are conspicuous by their absence. 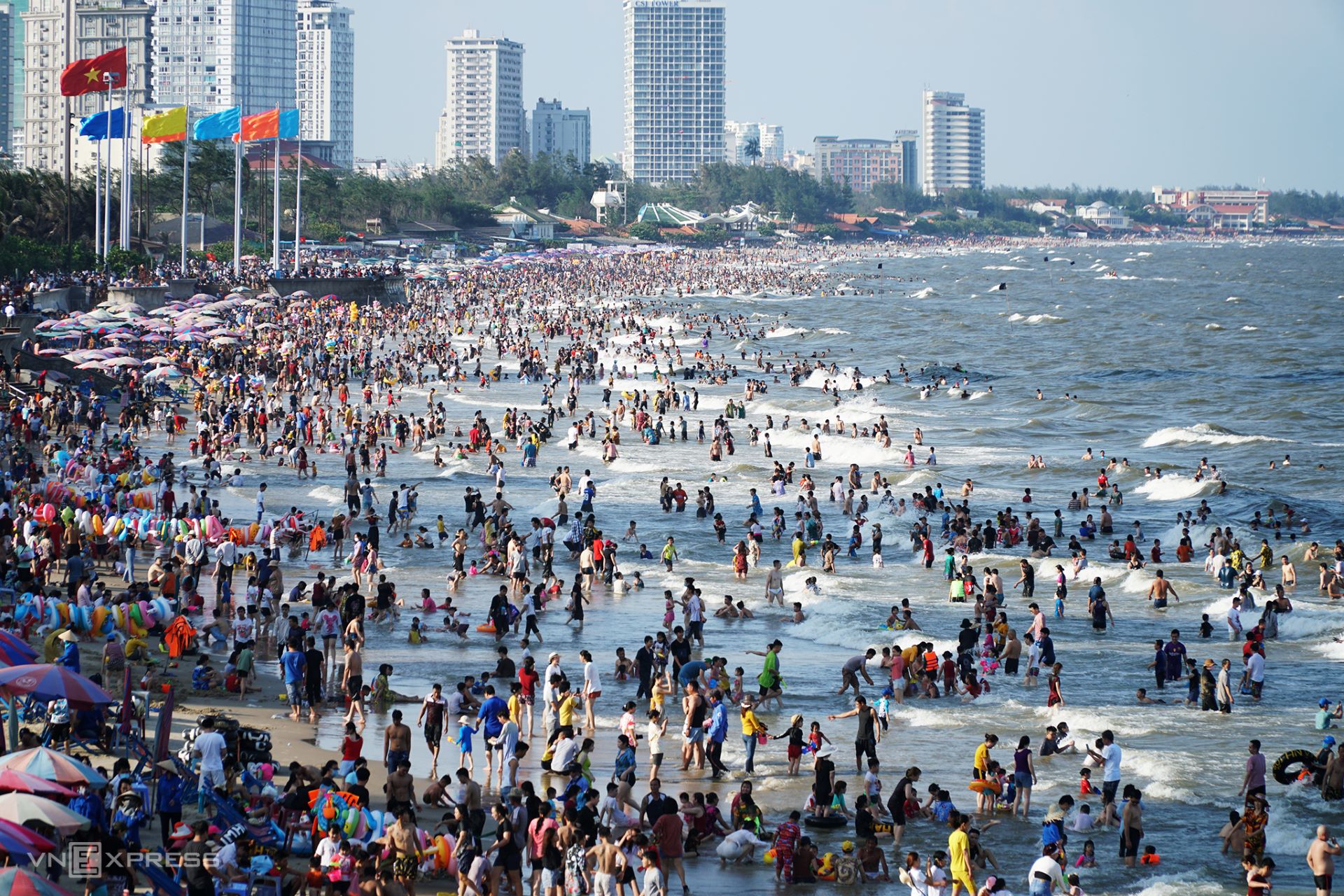 Bai Sau, a popular beach in Vung Tau Town near Ho Chi Minh City, was overrun by visitors on April 30.

Ba Ria-Vung Tau Province authorities said over 70,000 visitors came to the beach on the first day of the holiday, and they have over 500 officials patrolling the area to remind people to wear masks. 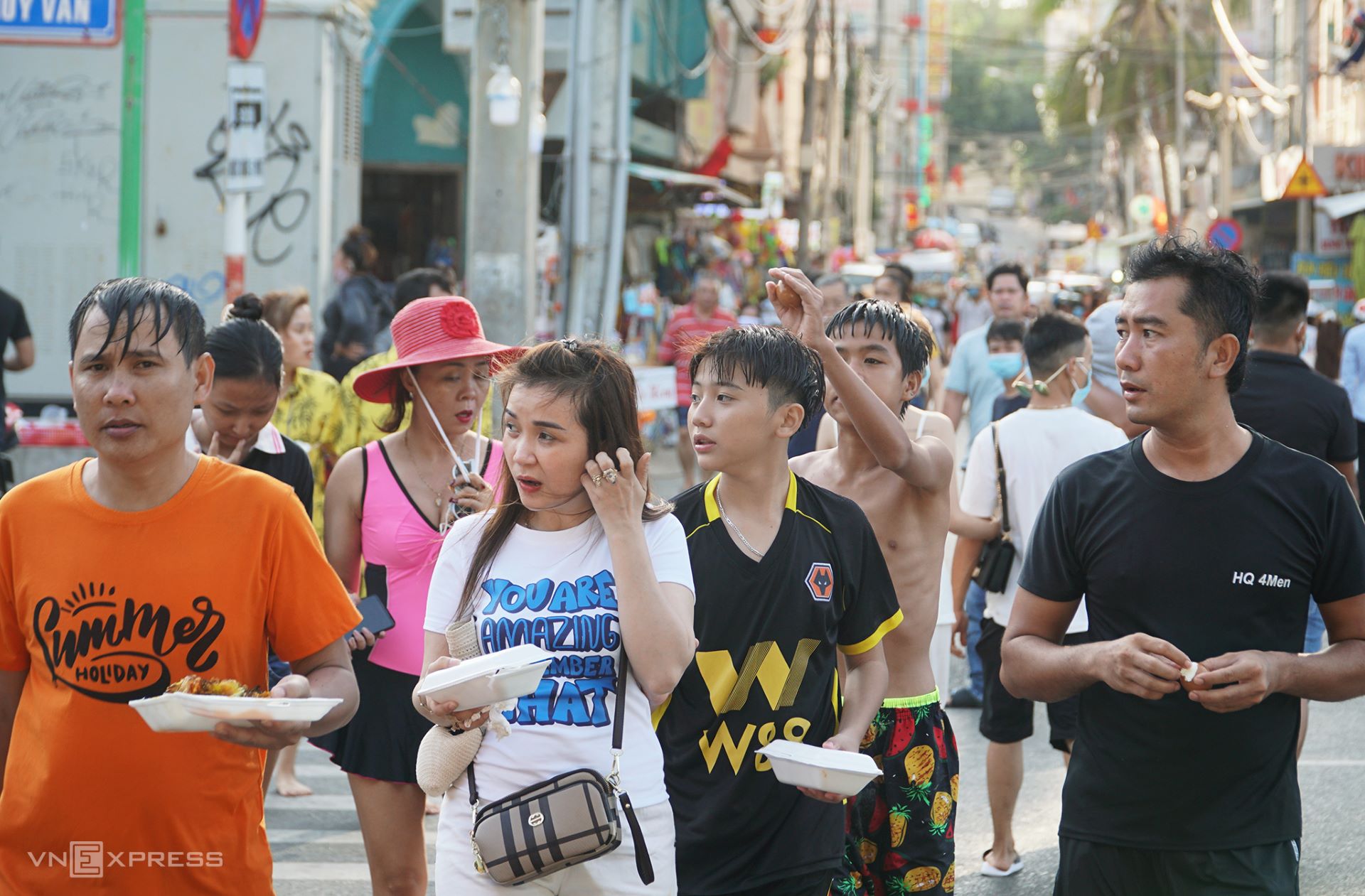 However, they could not persuade everyone to wear masks, it appears.

After over a month of no Covid-19 community transmission, 16 new domestic cases have been confirmed by the Health Ministry since Thursday, starting with a Ha Nam Province man who returned from Japan and tested positive two days after completing a two-week centralized quarantine. 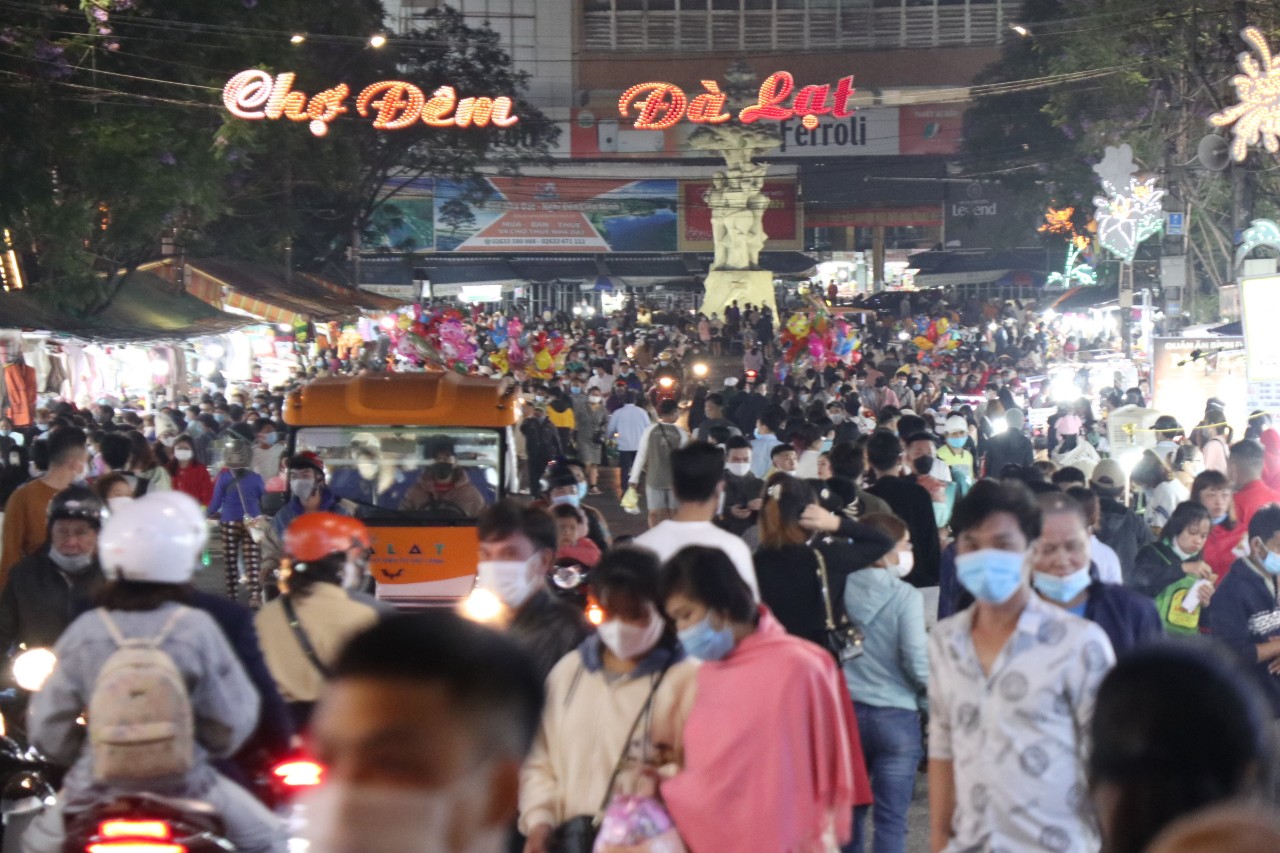 The night market, one of the most popular spots in the Central Highlands resort town of Da Lat, was packed with visitors on May 1.

Also known as Am Phu (Hell) Market, it is situated on Nguyen Thi Minh Khai Street. The market opens from 6 p.m. to 7 a.m, and sells food and drinks, clothes, souvenirs, and many other items.

According to official data, around 125,000 people arrived in Da Lat for the long weekend, and many downtown streets were congested. 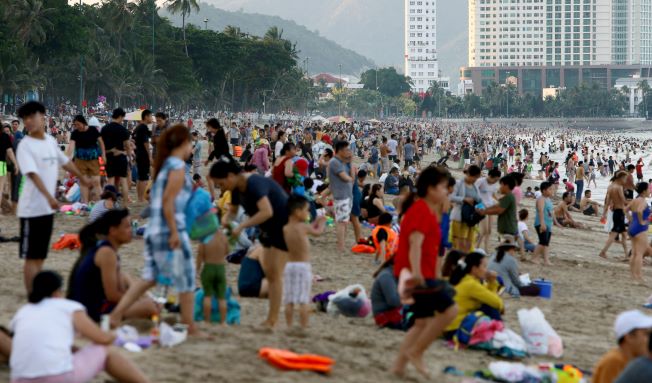 Crowds on the 12-kilometer Tran Phu Beach in Nha Trang, a popular holiday town, on April 30.

The town in the central province of Khanh Hoa is well known for its long, sandy beaches and scuba diving. Nha Trang Bay is considered among the world's most beautiful. 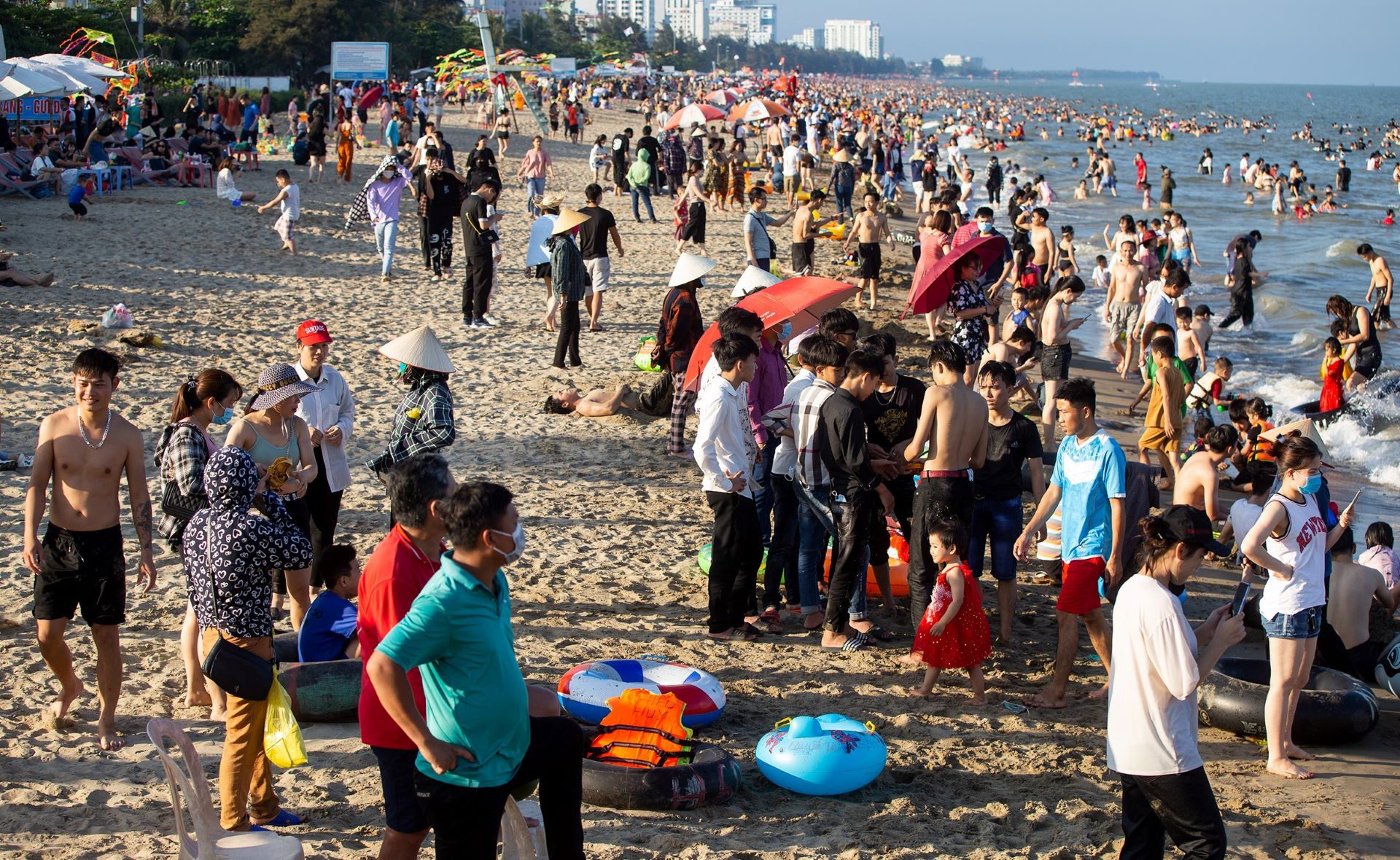 There were huge crowds at Sam Son Beach in the central province of Thanh Hoa.

Though many localities across the country have suspended fireworks shows and festivals to preclude crowds to contain Covid-19, swimming is not banned, resulting in beaches being packed. 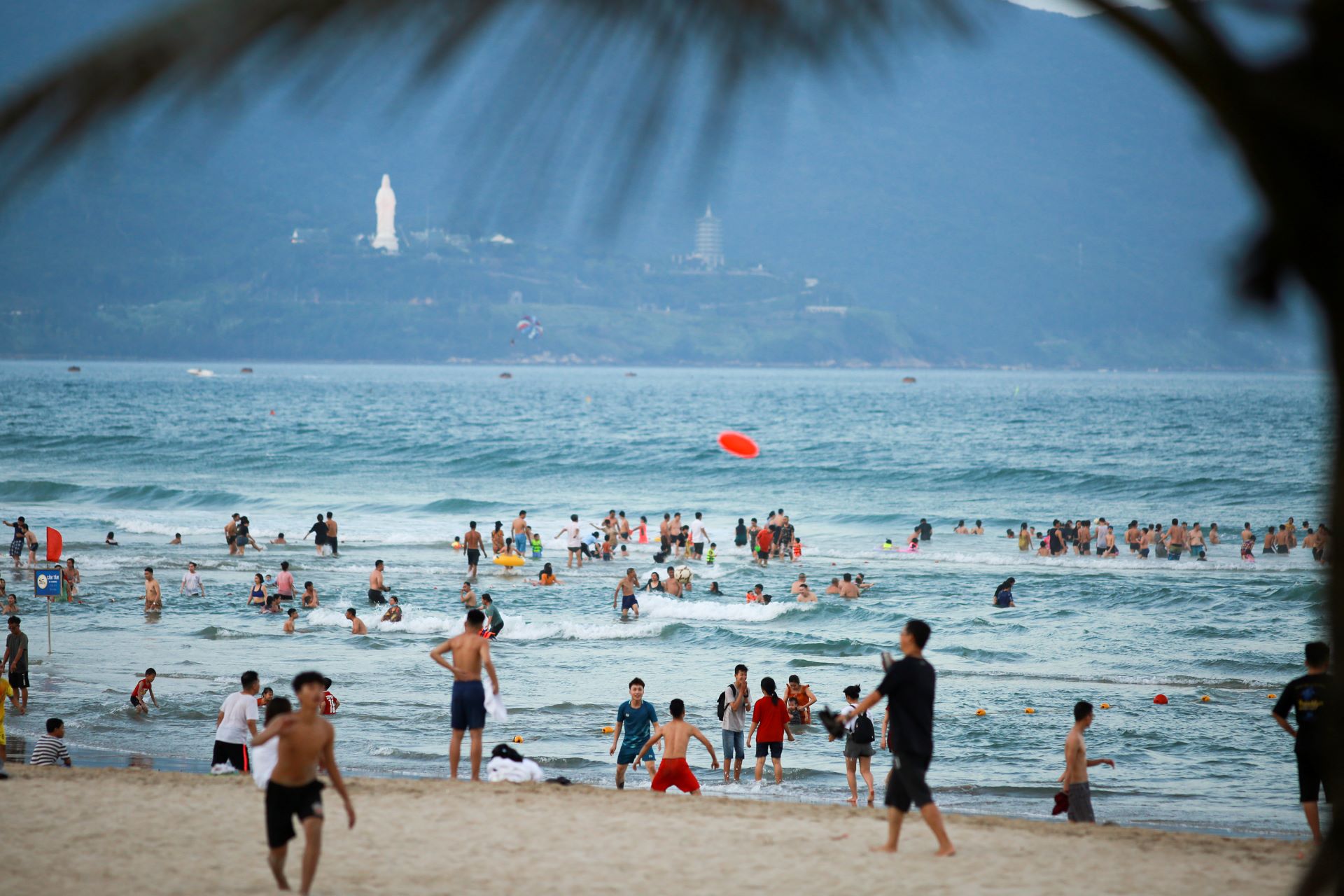 Da Nang, home to beautiful My Khe Beach and neighbor to popular ancient town Hoi An in central Quang Nam Province, is famous for its beach 'paradise'. 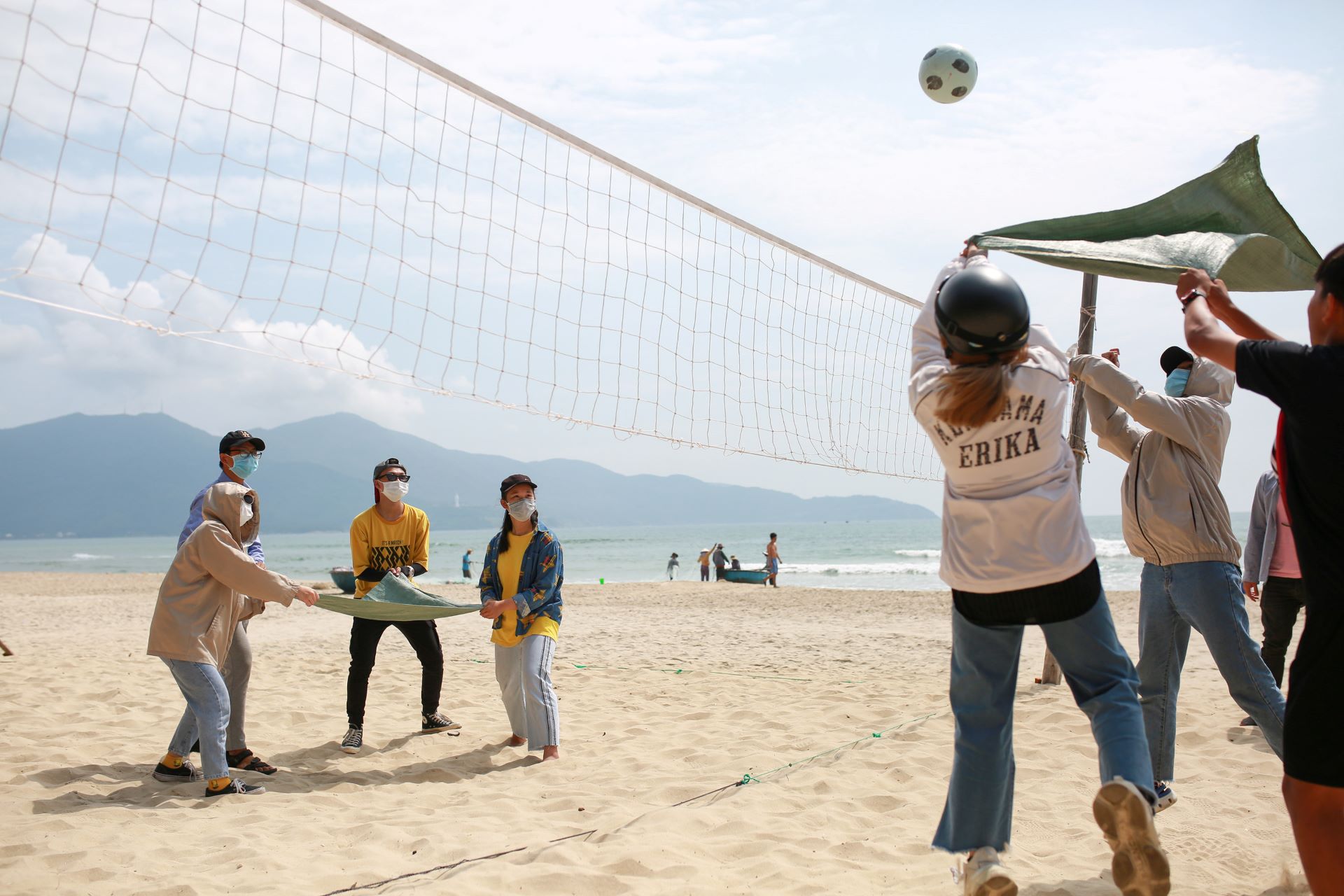 A group of tourists on a beach in Da Nang. 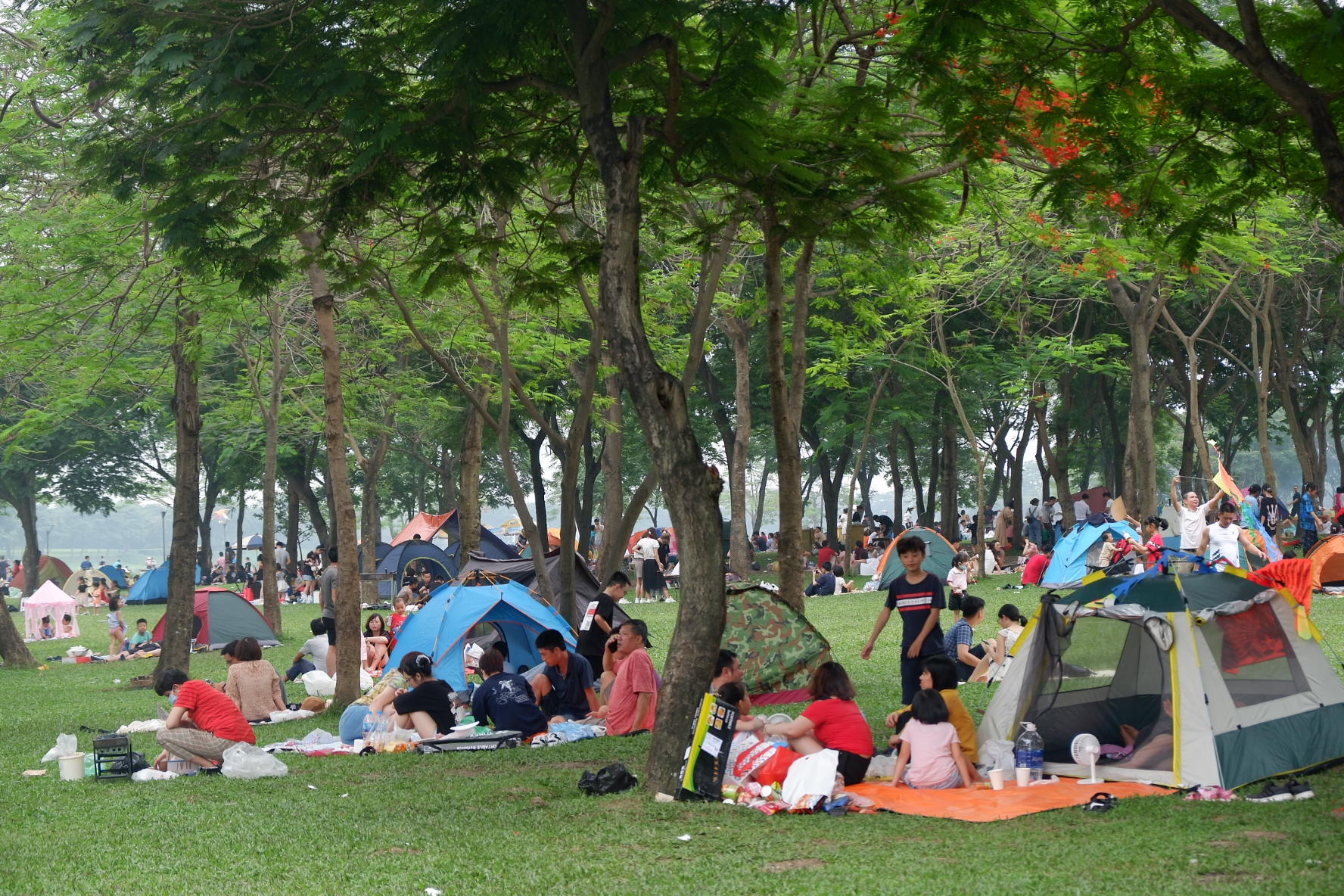 Yen So Park on Hanoi’s outskirts, a popular camping destination, was packed with visitors on May 1, many without masks. Hanoi has reported three new domestic cases of Covid-19. 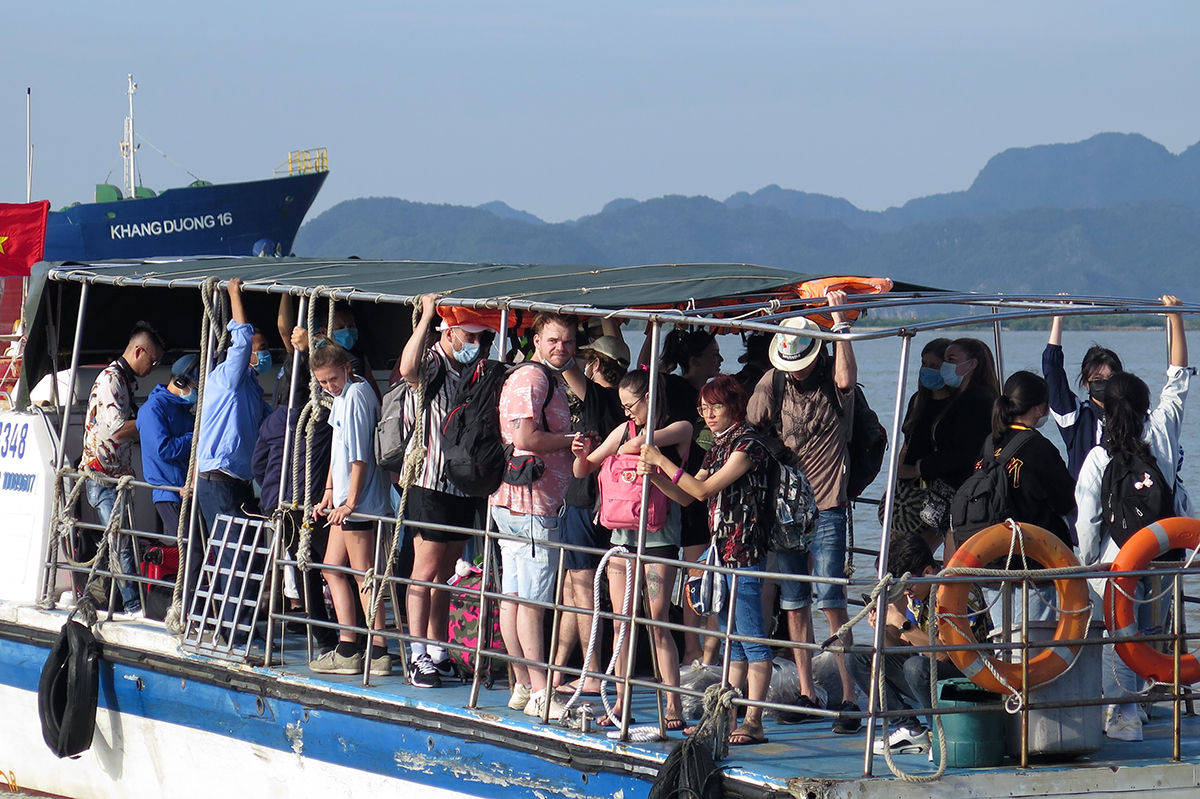 Locals and foreigners on a boat from Hai Phong City to Cat Ba Island, a popular tourist destination in northern Vietnam, on April 30.