The war-time secret behind Saigon eatery

Many interesting stories are told in this old broken rice joint, a former secret base of the People's Army in Saigon during the Vietnam War.

Before 1975, the shop, then named Do Phu cafe, was a secret base of the People's Army overseen by Tran Van Lai. The house had been assigned to Do Mien and his wife Su to sell broken rice and coffee, but in fact, served to store and transfer letters and confidential documents to the war zone. 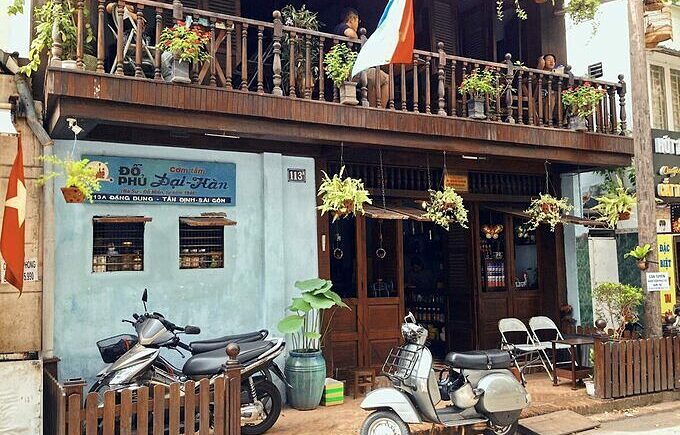 Tran Vu Binh, son of Lai and the current owner of the eatery, recalled the birth of the shop. Before opening the business, Su went with her husband to Phnom Penh, Cambodia on an undercover intelligence mission.

After a few years in Phnom Penh, Su returned to the country with her husband and started selling broken rice. The shop sold meals for workers and gradually became popular among residents in the area, including many Korean soldiers taking part in the war.

Since the cafe was located next to the house of Ngo Quang Truong, an officer of the Army of the Republic of Vietnam, the opposite side in the war, the couple had to be extra cautious.

"The postman had to wear shoes with a rotatable sole to hide secret mail. When he went into the kitchen of the shop to deliver letters, the owner had to be on guard to prevent others from following and avoid exposure," Binh recounted.

Since the Korean soldiers were not used to this, they had asked the owner to add kimchi.

"At the time, my mother used Vietnamese chili and garlic to make the kimchi, but after the Korean soldiers objected she switched to using Korean chili and garlic," Binh said.

After the war ended, many Korean veterans returned to the shop to enjoy her dish. 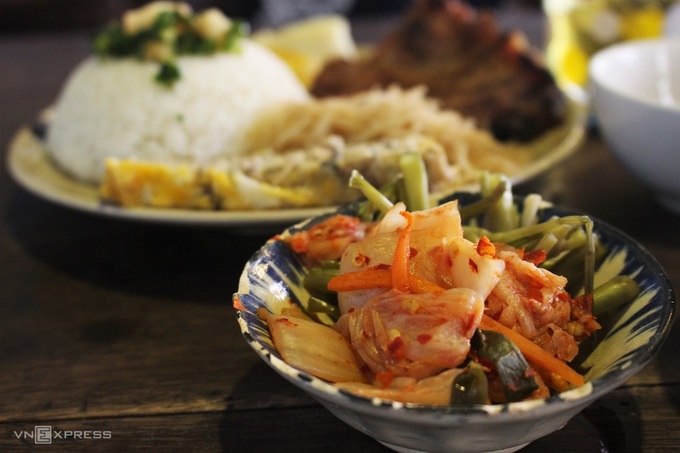 A bowl of kimchi and a dish of broken rice served at the Dai Han shop in Saigon.
Photo by VnExpress/Huynh Nhi.

The eatery now offers customers kimchi broken rice like it served in the war time.

"I was impressed after adding the kimchi and mixing in the fried egg since the taste was truly rich. VND60,000 ($2.60) for a dish is quite reasonable too," she said.

In addition to kimchi broken rice, customers can also order Vietnamese fried churros with coffee for breakfast and take a look at the documents that show the activities of the People's Army soldiers in Saigon.

The stop features in several tours of Saigon. It is open from 7 a.m. to 10 p.m. daily. Customers who arrive by motorbike have to pay an additional VND5,000 for parking.