Seafood orders slump due to negative impact of COVID-19

The amount of orders received by seafood firms has been reduced by between 20% and 50%, with falling orders being especially prevalent at the start of March, as a result of the negative impact caused by the COVID-19, according to the Vietnam Association of Seafood Exporters and Producers (VASEP). 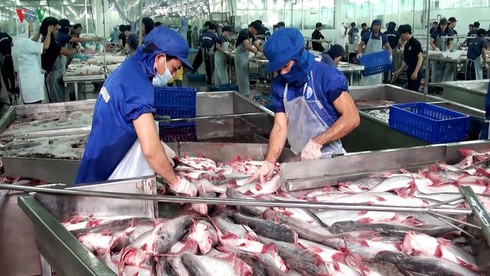 A specific example which signifies this drop comes from Tra fish (Pangasius) firms whose exports to the highly lucrative Chinese market were either interrupted or halted during January 2020 as a result of the COVID-19.

Moreover, since March the COVID-19 epidemic has become more widespread globally, particularly in Europe, forcing a number of European nations to suspend all transactions and impose policies aimed at closing restaurants and hotels as a means of avoiding risks of an outbreak. This has led to huge quantities of inventories and new orders yet to be re-signed.

As a result of the global spread of the COVID-19, mid-March saw many orders to the Middle East, Asia, and South America also being cancelled without any date regarding their return.

Consequently, the production activities of the majority of seafood enterprises have been adversely affected due to a lack of raw materials, except for Pangasius enterprises. Most notably, orders for food service have been disrupted while only those in the retail segment have been maintained.

Meanwhile, between 20% and 50% of orders for shrimp exports to both the United States and the EU have been delayed for delivery or canceled due to both exporters and importers already having large inventories. Indeed, despite suppliers reducing their prices by up to 30%, this move has failed to stimulate demand.

With the majority of businesses noting that January is the start of a sluggish period for seafood trade, the epidemic becoming more widespread in March will likely lead to more severe consequences.

As a way of dealing with the current situation, the VASEP has called on its members to press ahead with strictly implementing anti-epidemic regulations in line with the recommendations issued by the Ministry of Health.

This should be done whilst simultaneously maintaining stable production and joining forces with the government to overcome this difficult period.