Quang Tri strives to be safe from UXO by 2025

A seminar was held in the central province of Quang Tri on June 14 to review activities to clear unexploded ordnances (UXO) left over by the war for the 2016 – 2020 period. 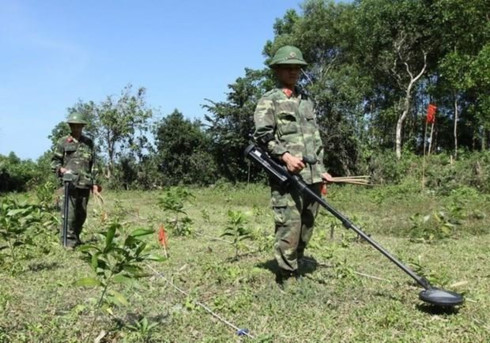 During the period, the province built and operated a Mine Action Centre and updated database for the effort.

As many as 733 employees in foreign non-governmental organisations (NGOs) and 143 local workers have received certificates for UXO clearance.

As of late May, humanitarian UXO clearance projects worth nearly 9 million USD were launched.

Since 2016, foreign NGOs have deactivated UXO on more than 5,500ha, or 157 percent of the plan, launched 62 development projects and offered support to over 600 victims and their families.

Vice Chairman of the provincial People’s Committee Hoang Nam asked units concerned to work closely with authorities to push up the work, towards turning Quang Tri into one of the first localities nationwide safe from UXO by 2025.

Quang Tri is one of the most heavily contaminated localities with UXO in the country as it is the frontier of the sides during the war.