Necessary to form a regulatory body for reform

According to Phan Duc Hieu, Deputy Director of the Central Institute for Economic Management (CIEM), the reform of the business environment still faces many difficulties and challenges, so it requires more vigorous reforms, more drastically with different degrees and thinking. 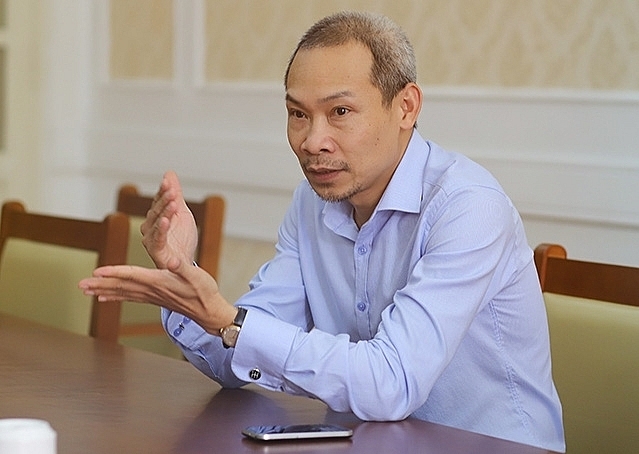 Could you tell us how the business environment reform will be placed in context?

The upcoming business environment reform issue requires drastic reforms at a different level and thinking. The spirit of the Resolution of the XIII Party Congress has placed great demands on economic development, from improving people's income to developing the private economy to become an important driving force. Institutional reform is a legitimate requirement of enterprises, especially in the context of the Covid-19 pandemic; enterprises want a quick economic recovery.

So what are the challenges posed in this context?

In such a context, reform faces many challenges. Accordingly, during the past period, the business environment reforms have helped "clean up" to remove regulations and barriers relatively easily. For example, in the past, reform could be in a ministry, the Prime Minister asked to amend a circular or decree of a ministry so the ministry could advise and easily amend it. But the reform is now a problem related to many ministries and branches, for example, the reform of specialised inspection so it is necessary for the unit to lead, advise and submit documents. Moreover, many issues not only related to the size of decrees and circulars but beyond the authority of the Government, up to the National Assembly. Not to mention the system of regulations that are always in motion and often changing. So the space and nature of reform is difficult, requires coordination, and even large-scale compromise, making it more difficult both in terms of scale of work and implementation time.

In addition, Resolution 02 on improving the business environment, enhancing competitiveness over the years and several other resolutions of the Government have shown a part of the barrier, but these are visible barriers. Meanwhile, many barriers are not easy to see, not in any legal documents or procedures. For example, there is a risk procedures are not performed on time, causing the business to change or abandon its business plan. Or delay in processing procedures can also lead to many consequences and risks for a business.

A survey about land by the Vietnam Chamber of Commerce and Industry (VCCI) showed 68% of enterprises had to change or give up their business ideas because the procedures were too difficult. Or there is an inequality between the size and type of business, many firms believe that there must be a relationship to get business information. This is creating a distorted, unfair and non-competitive business environment that could easily cancel the Government's reform efforts.

What is the solution to addressing these challenges?

The biggest concern is we already know what to do to improve the business environment, but how do we do it regularly, consistently and sustainably. If not, we will return to a worse business environment than before. Therefore, we need strong incentives for reform. The biggest driving force of the reform process comes from the leadership levels of the Government, coming from the groups of initiatives and recommendations of a number of agencies and associations such as VCCI, CIEM and the Prime Minister's Working Group. But these bodies may be changed or lost, for example the Prime Minister's Working Group in the new term is likely to change. Industry associations may change or lose their enthusiasm to provide ideas and initiatives for reforms.

Therefore, according to international experience, countries always set up a fixed system, in the State activities to become the controlling agency for reform. This agency is set up by law and not temporary, so it will be given full authority from rejecting proposals from ministries to proposing reforms. Moreover, this agency must have a very high professional capacity, the members are not working concurrently but must work continuously, with direction and guidance. This is a sustainable and effective driving force, because there is no such agency in Vietnam, only part-time units with limited authority and only the function of proposing and monitoring enforcement.