Many local firms, particularly small and medium-sized enterprises (SMEs), remain indifferent and are making no preparations to make the most of the European Union-Vietnam free trade agreement (EVFTA). 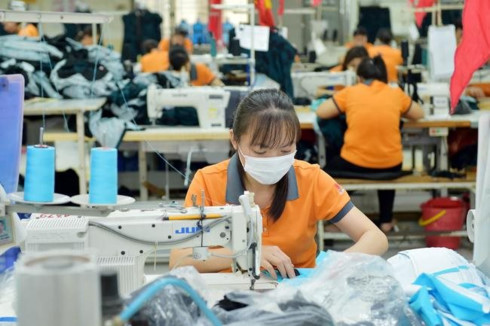 Employees work at an apparel firm. Vietnamese firms, particularly small and
medium-sized ones, are making no preparations to reap the full benefits
of EVFTA - PHOTO: VNA

Vietnam has signed and executed multiple FTAs, creating opportunities for the local economy, Ngo Chung Khanh, deputy head of the Multilateral Trade Policy Department at the Ministry of Industry and Trade, told a conference titled “Identifying trade and investment opportunities in the context of EVFTA,” on July 10 in Hanoi.

He noted that the ministry had voiced concern over the lack of preparation among local firms on the threshold of these trade pacts, including the EVFTA.

Many firms have paid little attention to the latest trade pact. Since the EVFTA was announced to the public, the trade ministry received only two inquiries from companies regarding tariff codes and country of origin regulations. These questions were mainly raised by foreign-invested firms.

Addressing the event, a representative of the Vietnam Chamber of Commerce and Industry (VCCI) pointed out that Vietnamese firms were lax in updating their knowledge bases. It is rumored that VCCI had insisted enterprises join its training courses, rather than inviting them to do so, as the firms had shown no interest in these programs.

Even on being notified of helpful training sessions on ways to export acipensers to Thailand, both local authorities and firms expressed indifference, the VCCI representative said.

Earlier, the prime minister issued a decision to execute the Comprehensive and Progressive Agreement for Trans-Pacific Partnership (CPTPP), asking ministries and local authorities to work out specific plans and send them to the trade ministry. However, the number of plans sent to the ministry remains modest to date, even after repeated requests from the prime minister.

These plans would help the country embrace opportunities and realize the benefits of the trade deals. If State management agencies continue to execute the EVFTA at the same snail’s space as the CPTPP, these opportunities will never be realized, Khanh said.

According to Khanh, companies in Vietnam have to make preparations to leverage the benefits of the EVFTA as soon as possible and focus on product origin rules, technical barriers and duties so that their products can quickly reach European consumers.