One major “side effect” of the COVID-19 pandemic, amidst the unprecedented toll that it has exacted, is that it has catalysed digital transformation across all sectors, particularly in financial services. 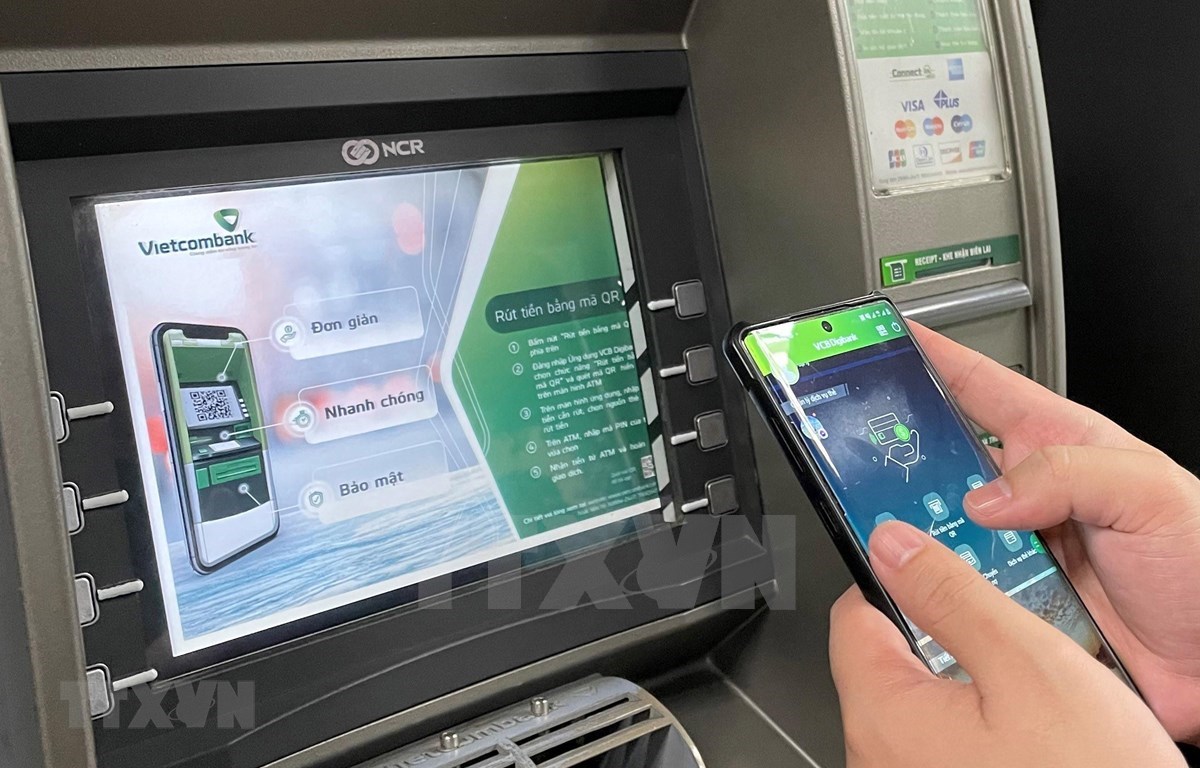 There is a heated race towards digital banking going on in Vietnam, with banking services having found their way into every corner of life. (Photo: VNA)

One major “side effect” of the COVID-19 pandemic, amidst the unprecedented toll that it has exacted, is that it has catalysed digital transformation across all sectors, particularly in financial services.This is a sea change for Vietnam, where the reliance is heavy on physical interaction for most financial transactions.“Technology has been benefiting banks by promoting process automation, improving productivity, increasing customer experience, and reducing operational costs,” said Nguyen Quoc Hung, Secretary-General of the Vietnam Banks Association (VBA).“There is a heated race towards digital banking going on in Vietnam, with banking services having found their way into every corner of life,” he added.This process has received a fillip during the pandemic, with people forced to minimize direct contact with each other. And this is markedly evident in banking and payments, critical pillars of the economy, which have experienced a remarkable revolution in digital offerings and adoption.With a tech-savvy young population and relatively high smartphone penetration rate, Vietnam has seen a surge in digital payment volumes, from online marketplaces, bill payment services, retail outlets, to small convenience stores, and even vegetable and fruit vendors.“I used to use cash and nothing else for grocery shopping,” Lan, a 30s office worker living in Hanoi, told Vietnam News Agency, “but the pandemic has changed the way I shop. “Now I usually have groceries delivered at my door and transfer the money to sellers via mobile banking later. It is safer and more convenient this way.”Around 85 percent of Vietnamese banking consumers are more likely to use online and digital banking services compared to a year and a half ago, according to a report by SaaS cloud banking platform Mambu. The report reveals that globally, nearly 61 percent of consumers have made greater use of digital banking services and 41 percent have started using them for the very first time because of the pandemic. In Vietnam, these numbers are higher, at 70 percent and 54 percent respectively.“I find almost everything I need in my banking app,” Lan added. “It is no longer just for money transfer; now I can pay bills, top-up phone credits, book flights and do other things with the app.”About 95 percent of lenders in Vietnam have been pushing a digital transformation strategy, Deputy Governor of the State Bank of Vietnam (SBV) Pham Tien Dung remarked at a conference on smart banking in November.To date, nearly 80 banks offer internet banking solutions and mobile banking services are available at 44 banks. The country has 45 intermediary payment services providers, over 90,000 QR code payment terminals and close to 298,000 point-of-sale (POS) terminals in place, Dung said.“Digital banking in Vietnam is pretty good,” said Med, a Moroccan-Canadian who has been living in Vietnam for five years.“You can actually withdraw with your phone. Like you don’t need to have an ATM card, you can just take your phone to the ATM and withdraw,” he said. “When I got here, that option was not there.”Over 90 percent of transactions in many banks are currently conducted via digital channels, central bank data shows. In the first nine months of 2021, payments via mobile banking soared 76.2 percent in volume and 88.3 percent in value compared to a year earlier. The corresponding figures were 51.2 percent and 29.1 percent for payments via Internet banking. “So we can safely say that digital transformation in the sector has been making huge strides at the time of COVID-19,” SBV Deputy Governor Dung said, adding that the key point of this was the formation of a digital payment ecosystem, with digital banking solutions integrated into other services of the economy. It allowed users to enjoy seamless experiences across different areas in the digital space, he noted. Partnerships for a cashless societyIn this scenario, the collaboration between banks and fintech firms is evolving, driven by not only increasing customer adoption but also regulatory developments.The number of fintech companies in Vietnam has almost quadrupled over the last five years, from just about 40 in 2016 to over 150 in 2021, according to the SBV. The fintech landscape in the country is currently dominated by payment firms, which account for 24 percent of the total population, followed by peer-to-peer lending (16 percent) and blockchain, crypto and remittances (14 percent).This year, 375 million USD in funding was poured into Vietnamese fintech startups, the third largest in Southeast Asia, after Singapore and Indonesia, according to the Fintech in ASEAN 2021 report. As many as 72 percent of fintech firms in Vietnam have opted to cooperate with banks instead of entering into direct competition, according to a 2018 analysis by the SBV.“Fintechs and banks are working together in a way that surely benefits both parties and the society also,” said Vietcombank Chairman Pham Quang Dung.VNPay, one of Vietnam’s tech unicorns and largest digital payment solution providers, is among the most successful stories of a fintech firm partnering with banks to leverage the latter’s extensive customer bases. 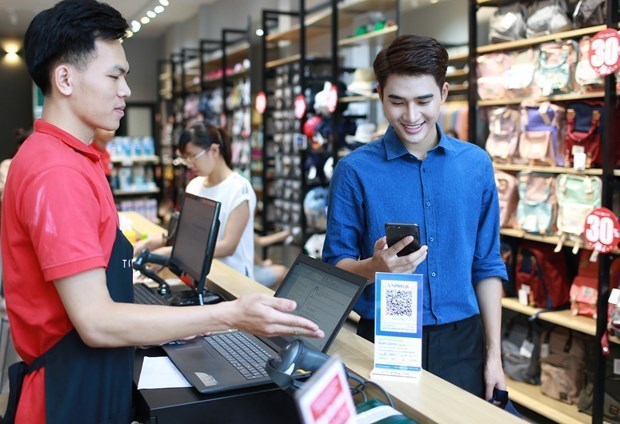 Despite having its own mobile platform, a majority of VNPay transactions are done through the QR feature incorporated into its 40 partner banks’ mobile apps. (Photo: VietnamPlus)

Its VNPay-QR, an interoperable cashless payment network, serves around 22 million users and over 150,000 merchants nationwide. Despite having its own mobile platform, a majority of VNPay transactions are done through the QR feature incorporated into its 40 partner banks’ mobile apps.“Bank-fintech cooperation is an inevitable trend,” Vietcombank’s Dung emphasised, adding that many Vietnamese banks were also actively seeking suitable partnerships with fintechs. Welcoming this development, VBA Secretary-General Hung said Vietnamese lenders should collaborate with fintech firms to develop a shared ecosystem so they can take advantage of each other’s strengths to improve customers’ experience. CIMB Vietnam, a subsidiary of CIMB Group, an ASEAN banking venture, launched its digital banking offerings back in 2018. It embraced the partnership strategy early on, teaming up with several fintechs, including the Republic of Korea’s unicorn Toss, EzQ-owned social commerce platform ON and e-wallet SmartPay, to provide users with value-added services. In October, CIMB Bank and fintech startup Finhay released a co-branded debit card, Vietnam’s first-ever 3-in-1 bank account that can be opened and maintained straight from the Finhay app with the help of eKYC (electronic Know-Your-Customer), a digital solution for remote customer identification and verification.The Vietnamese government has been encouraging the adoption of advanced technologies by introducing a number of regulations to guide the banking and financial services sectors. In March 2017, the SBV established the Steering Committee on Financial Technology, a body dedicated to building an enabling regulatory framework for the development of the fintech ecosystem and creating opportunities for local fintech companies. Deputy Prime Minister Le Minh Khai has approved a five-year (2021-25) project for the development of cashless payments. The project aims to accelerate the growth of cashless payments with improved security, safety, and confidentiality while making it more accessible to both urban residents and those living in rural, remote and mountainous areas. Among the project targets are: the value of non-cash payments becoming 25 times higher than the GDP; and the proportion of the payment method in e-commerce accounting for 50 percent by 2025. Additionally, 80 percent of people aged 15 will have bank accounts, while the number of points accepting cashless payments will increase to over 450,000. Deputy PM Khai said at a recent conference that digital transformation towards a cashless society is an inevitable and growing trend in the era of the Fourth Industrial Revolution. Citing the two birds with one stone adage, he said a cashless society will not only help Vietnam boost economic recovery but also realise the goal of financial inclusion.What’s next?Digital transformation in the banking system still faces some barriers, said VietinBank Deputy General Director Tran Cong Quynh Lan. One of them is a lack of uniformity in the legal mechanism supporting this process. Lan mentioned the remote opening of a bank account as an example, saying eKYC can be used for customer verification but users were still required to visit physical branches in person for a digital signature to be granted. This means the process is not completely done digitally, he said. “If a digital signature cannot be issued online, the following steps will be interrupted.”To go digital successfully, Vietnamese banks must not only develop a digital ecosystem of their own but also act together to build one for the entire industry, said Pham Anh Tuan, Vietcombank board member and Director of Banking and Technology Modernisation. “It is very critical because a common ecosystem will allow banks to share data and information; particularly if it is connected with ministries, governmental agencies and other sectors, risks can be reduced.”Furthermore, the current legal environment is not keeping up with the pace of digital transformation in banking, hampering the development of new financial services, VBA Secretary-General Hung said, calling for a comprehensive makeover of the regulatory framework. Recognising such problems, the government is pushing for a regulatory sandbox for fintech in the banking industry that will make it possible for credit institutions, fintech solutions providers and other innovators to directly test products and services in a closely-controlled environment supervised by relevant state bodies. Regulators should develop the sandbox based on the following principles - encouraging innovation, increasing financial accessibility, protecting rights of borrowers and investors, keeping risks within an acceptable level and promoting financial literacy, suggested Pham Xuan Hoe, former Deputy Director of the Banking Strategy Institute.The central bank is also building a regulatory framework for the application of fintech enablers, or key Industry 4.0 technologies like eKYC, Open API, big data, artificial intelligence, blockchain and cloud computing./. 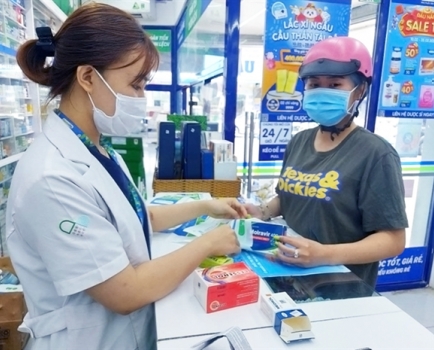 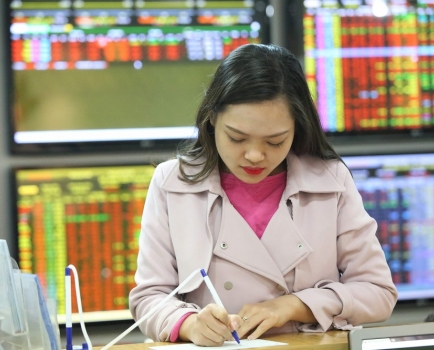 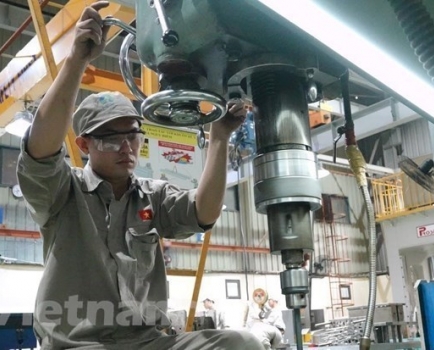