Many large banks in Vietnam recently announced their business performance in the first quarter of 2021 with very high-profit growth.

According to a recent update, SSI reported that State-owned commercial banks are likely to achieve more spectacular profit growth in the first quarter than the industry median when they had to increase provisions for troubled assets. SSI estimated that VietinBank's profit reached VND7,500 billion (up 152% year-on-year). 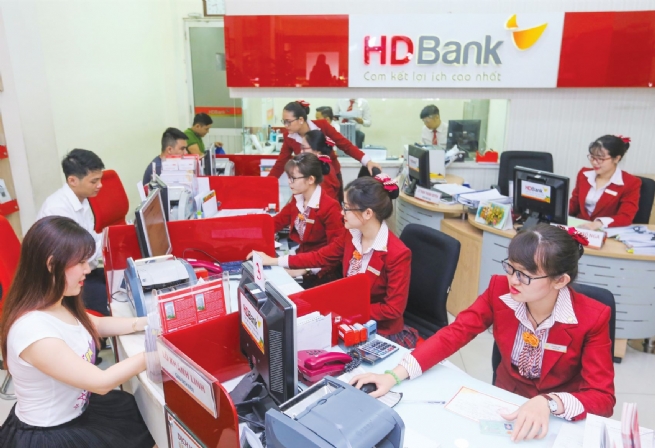 At the investor meeting, Mr. Le Duc Tho, Chairman of VietinBank's Board of Directors, said that the bank's profit was estimated at VND7,000-8,000 billion in the first quarter of 2021, twice as much as the same period in the two latest years. Notably, the bank did not record the prepayment fee for life insurance policies with Manulife, but the profit remained enormous as above.

In its documents submitted to the Annual General Meeting of Shareholders, VietinBank still left the 2021 profit open, only indicating that it will ensure business performance and follow Covid-19 development. Meanwhile, SSI forecasts that pre-tax profit in 2021 and 2022 will reach VND21.6 trillion and VND 25.9 trillion, respectively, thanks to the shift of retail channels and reduced bad debt burden.

Mr. Nghiem Xuan Thanh, Chairman of the Board of Directors of Vietcombank, said, in the first quarter of this year, Vietcombank achieved a profit of about VND7,000 billion, up 34% year on year and equal to 28% of the target set for the whole year. (VND25,200 billion).

Vietcombank’s credit growth grew by 3.7%, much higher than the rate of more than 2% of the banking sector and also higher than the growth rate of other state-owned commercial banks (Agribank, BIDV and VietinBank). This was also its highest credit growth in the first quarter in many years.

Thus, it seems that VietinBank has temporarily surpassed Vietcombank to become the biggest profit maker in the first quarter of this year. Of course, the final figure was stated after the financial statements.

On a full-year outlook, Vietcombank still has many advantages, including credit growth limit assigned to Vietcombank by the State Bank at 10.5%, the highest in the Big4 group. In addition, Vietcombank is still the largest source of cheap money in the system and ranked first in the bad debt coverage ratio (380%).

At the Annual General Meeting of Shareholders held on April 6, ACB said its first quarter profit was estimated at VND3,105 billion, up more than 61%. The bank sets a profit target of VND10,602 billion this year, up 10% from last year.

HDBank also announced its first quarter profit at over VND2,000 billion, a year-on-year growth of 67%. Its separate profit was more than VND1,810 billion, nearly doubling that in the first quarter of 2020. HDBank's credit balance increased by about 5.2% in the quarter.

Mid-range banks such as SeABank and MSB also posted multifold profit growth rates. According to SeABank, its pretax profit reached VND698.3 billion in the first quarter of this year, 2.3 times higher than the same period. As of March 31, its total assets valued VND184,302 billion, an increase of 24% over the same period last year. Outstanding loans increased by 14.3% year on year to VND111,050 billion.

MSB estimated its first-quarter deposits to amount at VND92,000 billion, up 11% since the beginning of the year. Its outstanding loans approximated the level approved by the State Bank, up over 9%. Its estimated quarterly profit was VND1,200 billion, 4 times higher than a year ago. Its capital adequacy ratio (CAR) was at 9.9% and the bad debt was controlled below 2%.