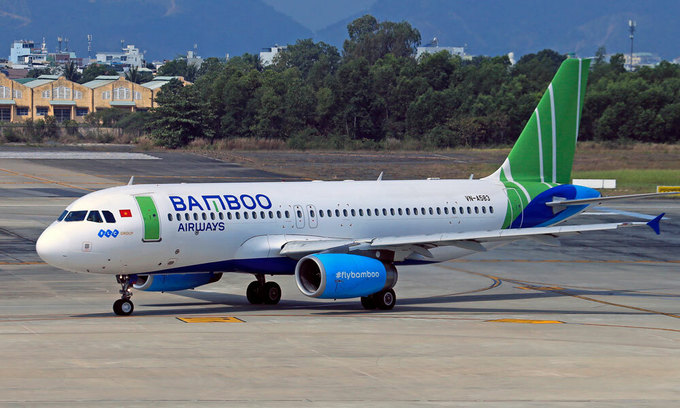 The state-owned company said in a recent report to the Ministry of Transport that this amount consists of payments for services such as security screening as of March 18.

The airline has collected the fees as part of the fare and should have passed the fees to it, ACV said.

Bamboo is 42 days late in paying on average, it said. Since May last year it had to send 24 reminders to the airline to make payments.

ACV, which operates 21 airports, wants the ministry and the Civil Aviation Authority of Vietnam to pressure the airline to make payments in time.

Bamboo Airways said in a statement on Monday that the reason for the issue is that the ACV charges it 1.5-2 times the fees it charges other airlines. The two parties have been negotiating, which caused the delays in payment, it said.

Besides, the novel coronavirus pandemic has hit the revenues of Vietnamese airlines, including Bamboo, which said it is working on making the payment and is seeking more support from the ACV in this difficult time.

An airline in Vietnam has to pay 20 different fees such as for take-off and landing, flight management and parking to aviation managing authorities, including ACV.

The higher the fees, the more revenues ACV gets.

This is why airlines have recently asked it to reduce these fees after they were crippled by the pandemic.

ACV last week announced it would lower the fees by 10-50 percent for six services, and scrap one for the March-August period.