Situated at the foot of Cam Mountain, An Hao Solar Power Tourist Farm looks like a miracle in a spectacular landscape that adds color to the picture of majestic Bay Nui scenery and brings a new source of income for local people seeking to end prolonged poverty.

Not only being a tourist destination, An Hao Solar Farm also nurtures and upholds the cultural soul into the landscape and the heritage of the mountainous region, increases appropriate infrastructure investment and related service systems. At the same time, it helped strengthen economic, political and social stability in the southwest border area. 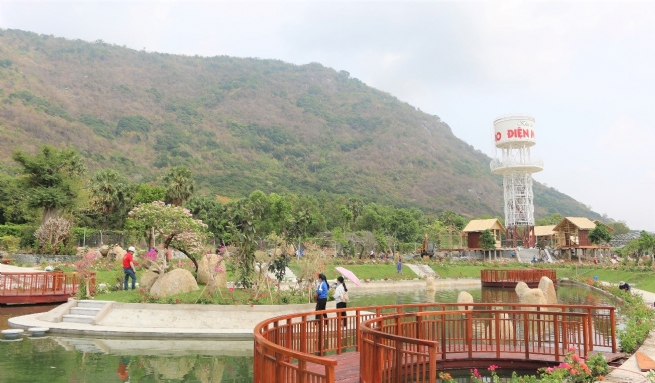 Two years ago, An Hao was an extremely poor commune in Tinh Bien district where there was no productive land, no electricity, no clean water, no asphalted road and no school. Local people lived in poverty for generations. Farmers abandoned farming while young people left the commune for other places to earn a living. In the dry season, hardly any living things could exist in this harsh place and hardly anyone could imagine that a gigantic tourism project was erected here.

However, everything changed completely when Sao Mai Solar Farm was constructed, followed by An Hao Solar Power Tourist Farm. Hundreds of local workers were employed and paid stable incomes. The influx of expatriates saw the opportunity and returned to their homeland.

In an interview with Chau Hoang Minh, Director of An Hao Solar Power Tourist Farm, we found that half of the employees are locals, many of whom are ethnic minorities. Even, some were promoted to high positions in the tourist farm. 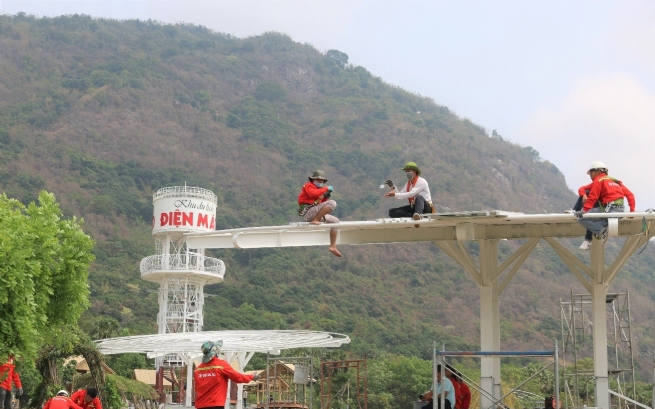 Joys at the frontier

We found and met Chau PhuonL - a bonsai care staff. Having a powerful body, a simple mind and doing gardening and bonsai here, he happily said, “My brother and I went to work here earlier this year when this new project was being built. After being employed to work here, our livelihoods are getting better. If I did farming, I would cultivate only one crop season a year and I would become unemployed for the rest of the year. When we work here, we get paid every month. Furthermore, the company supported free meals. Everyone is very happy and wants to work here for a long time”.

Under the sparkling solar cell layers portrays the vivid image of workers diligently sowing seeds to grow green trees on this infertile land. Honesty is still found in this untouched upland, built on the bond of love between man and the land, about gratitude to the kindness of the investor to the Khmer people.

From living on only agriculture, An Hao residents know how to change occupations, strongly develop business and services such as restaurant - hotel to meet tourists and better-off locals. They more responsibly protect tourism resources and environmental sanitation so that domestic and foreign tourists have the opportunity to admire the majestic beauty of That Son. 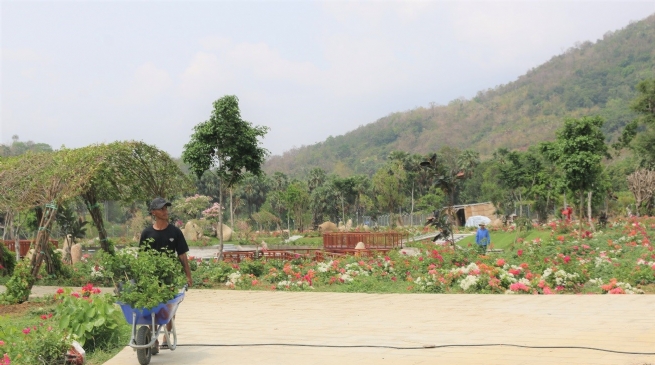 In addition to offering a source of better income for indigenous people, the tourist site also helps An Hao make a transformational change, completely get rid of its old bad images. New asphalted roads are built by investors and hundreds of spacious houses have sprung up side by side. With favorable traffic conditions, more and more tourists are flocking here. The physical distance between cities and the countryside is gradually narrowed. Poor mountainous communes are increasingly changing for the better.

The light of cities and the light, lit by solar power, from the steppe radiate across That Son where the new energy source will go everywhere to revitalize this harsh land and turn it into fertile green patches where large roads, clean agricultural gardens, modern tourist facilities are lying. All are now gradually coming to this place, bringing a miraculous makeover, creating an extremely important breakthrough of the southwestern frontier economy, opening a new chapter in the journey to lift Thien Cam Son to a new plane of development.